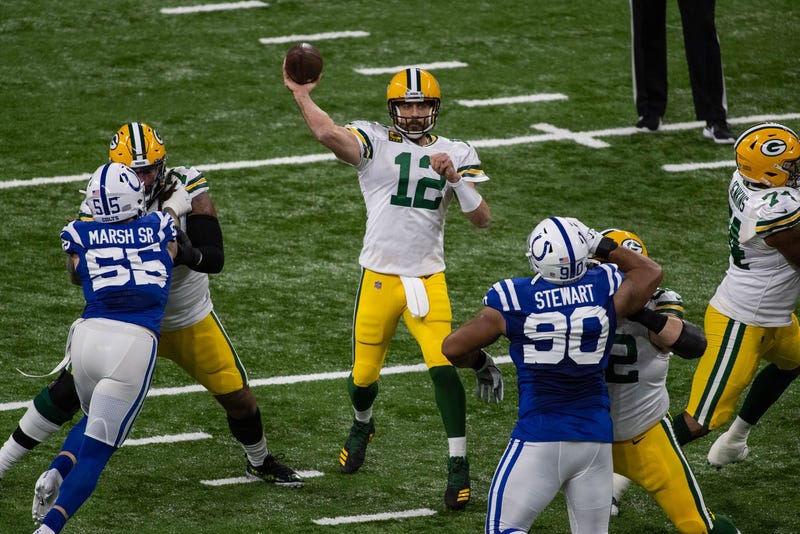 Indianapolis, IN- The Green Bay Packers fall to 7-3 on the season after losing to the Indianapolis Colts 34-31 in overtime at Lucas Oil Stadium. The Packers were outscored 17-0 in the 2nd half of this game until the Packers drove down the field to set up a Mason Crosby game-tying 26-yard field goal to send the game to OT.

In overtime, the Packers won the toss and received the ball.
On the third play of the drive, Rodgers hit Valdes-Scantling on a short pass that MVS ended up fumbling, giving the ball back to the Colts in Packers territory. Just a few plays later and Rodrigo Blankenship kicked a game-winning 39-yard field goal to give the Colts the 34-31 victory in overtime.

This was a sloppy game for the Packers as they had four turnovers on the day, a season high. Aaron Rodgers threw one interception in the game and also fumbled a hand-off on the Packers first possession of the day.
Darius Shepard fumbled a kick return late in the 4th quarter to give the ball back to the Colts. The turnover that stands out the most is the MVS fumble on the Packers opening drive of overtime because they didn’t get the ball back.

Aaron Rodgers finished the day 27/38 for 311 yards, three touchdowns and an interception. Davante Adams, Robert Tonyan and Jamal Williams all hauled in touchdown receptions from Rodgers in this game.

The Packers will look to bounce back with a win next Sunday as they face the Chicago Bears for the first time this season on Sunday Night Football. Kickoff set for 7:20 PM.

Check out the Green & Gold Postgame Show with Bill Michaels and former Packers’ running back, Gary Ellerson, below!