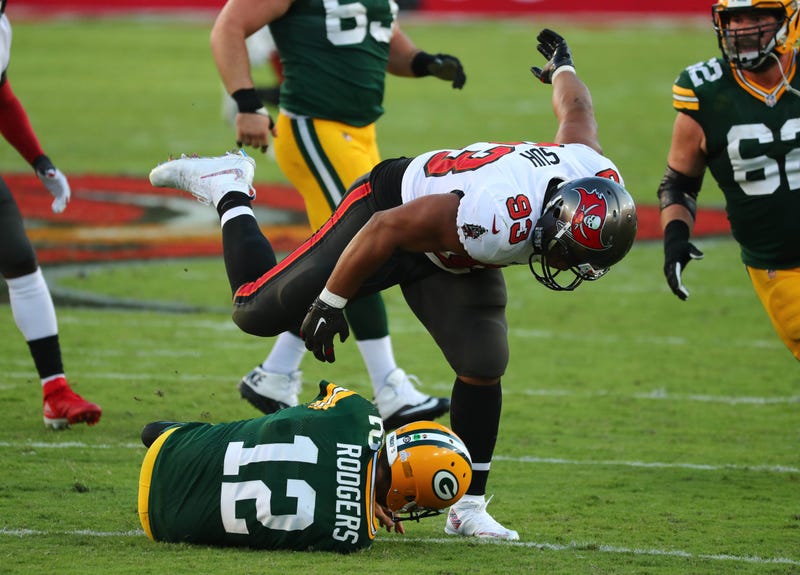 Tampa Bay, FL - The Green Bay Packers suffered their first loss of the season this afternoon against the Buccaneers in Tampa Bay, 38-10. The Packers lead 10-0 after one quarter but it was all Tampa Bay after that. The Buccaneers answered by scoring 38 consecutive points against the Packers.

The Packers offensive line also struggled to keep Rodgers protected this afternoon. Coming into today’s game, Aaron Rodgers had only been sacked three times. Today, he was sacked four times.

The Packers will travel to Houston to face the Texans next Sunday at Noon. Check out the Green & Gold Postgame Show with Bill Michaels and former Packers’ running back, Gary Ellerson, below!