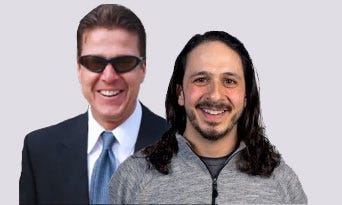 The Ramie and Tim Show, the January 13th edition! Miss any of today's show? We've got you covered below!

In the first hour, Ramie and Tim break down the numbers on Aaron Rodgers' great season, and try to decide whether Rodgers is the reason for the improvement, or it was his receivers just performing better. Plus... what the hell is MLB Commissioner Rob Manfred doing???

In the second hour, the boys handle some shocking breaking news, as disgruntled star James Harden was traded from the Rockets to the Nets, and what the trade means for the championship hopes of the Bucks. Plus we'll hear from Packers Hall of Fame Safety Nick Collins!

In the third hour, Ramie and Tim debate on whether or not the Rams are the toughest remaining opponent in the NFC for the Packers. Ramie thinks so, Tim has another thought... Plus we'll talk some Packers with Ryan Wood of the Green Bay Press-Gazette.

In the fourth hour, Ramie and Tim break down the latest drama with the Houston Texans, involving their all-time leading receiver Andre Johnson... Plus we'll hear from Packers HC Matt LaFleur.