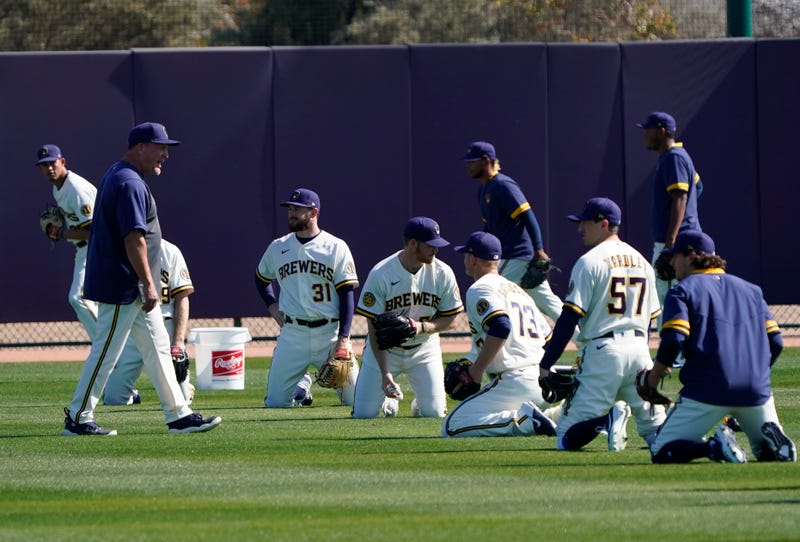 On Saturday, Ken Rosenthal of The Athletic reported that two players and one staff member tested positive for COVID-19 at the Milwaukee Brewers alternate site in Appleton, WI.

Three people at Brewers alternate site - two players, one staffer - have tested positive for COVID-19, sources tell The Athletic. First positives Brewers have had all season. Will not impact major-league club. 1/2

Entire group at Brewers’ alternate site, about 28 in all, in quarantine. All are being tested daily. Some of the players might join team’s taxi squad for final road trip if they continue to test negative.

Brewers GM and President of Baseball Operations addressed the media before Saturday night's game to give more info on the situation in Appleton,

Our Milwaukee Baseball Insider, Adam McCalvy of MLB.com reported that Stearns had told the media that the organization has been aware of the positive tests since Sept. 14.

David Stearns confirms three positive tests at Camp Appleton. Two players and one staffer. But it is not expected to impact the MLB team, Stearns said, likely a hint that the players were lower-level prospects.

The positive tests were Sept. 14, Stearns said. All members of the Alternate Training Site are currently in quarantine and contact tracing is well underway. There have been no subsequent positive tests.

Hopefully reports are true that this won't impact the major league club down their final stretch of the regular season. The Brewers may need to call upon some of their players at the alternate site for a double-header coming up against the St. Louis Cardinals.