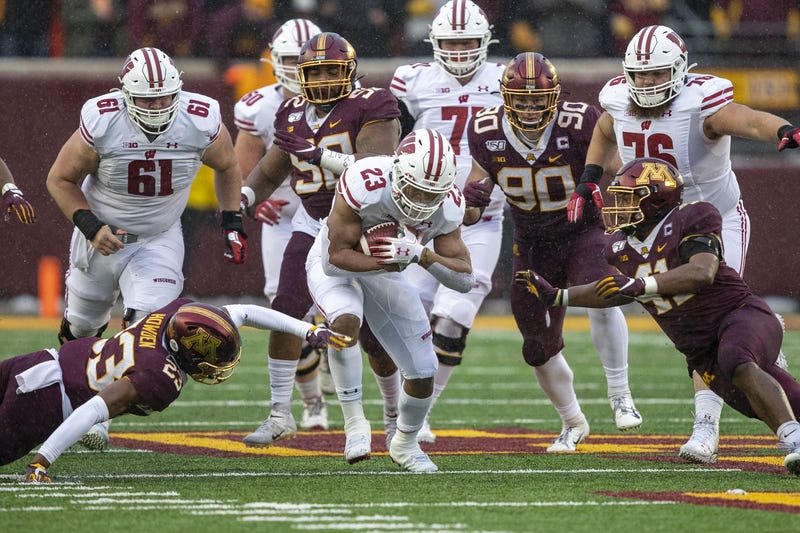 The Badgers were left in a tough spot heading into this 2020 season, as not only did they have to battle COVID-19, but they lost their star running back and wide receiver to the NFL, and the starting QB needed foot surgery before the season began, turning the keys of the offense to freshman QB Graham Mertz.

Right away, Mertz made all Badgers fans forget about the loss of Jonathan Taylor, lighting up Illinois in his debut.
What have you seen from Graham Mertz in his first two starts?

Jonathan Taylor, former Badgers star running back, now Colts RB, joined Bill on Wednesday to talk about his Badgers, his transition to the NFL, and more:
- How has his time in the NFL been so far?
- What were the Colts expectations for him after getting drafted?
- What has it been like as a rookie getting to learn from a veteran like Phillip Rivers?

- What has he thought about his former Badgers squad led by Graham Mertz?
Listen to the full interview below!