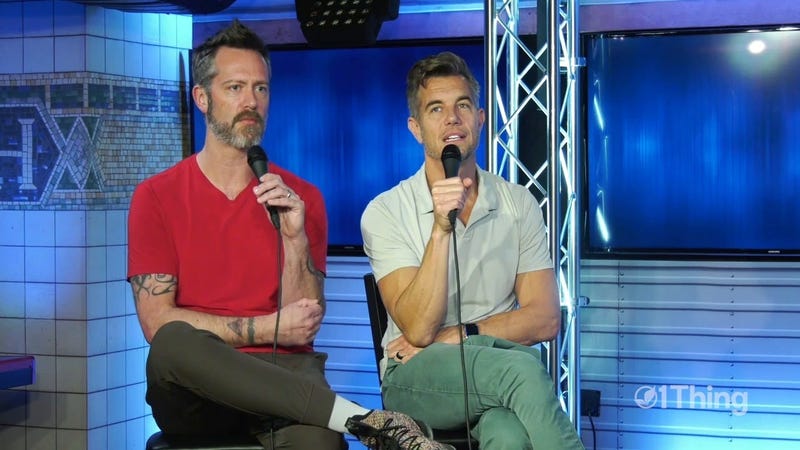 We’re catching up with some of our favorite artists to see what they’re doing to protect the planet. In September, the stars are keeping their eyes on the road, pledging to cut back on driving in order to lower their emissions and carbon footprints.

“We vouch to not drive our cars and we encourage everyone to do the same,” said keyboardist Jon George of Australian dance group Rüfüs Du Sol. “I promise not to drive mine,” he added. “No Ubers either.”

Others, like Nick Hexum of 311, are making good on their word by turning to solar power, and driving electric cars rather than gas vehicles. “What do I for the environment?” Hexum says. “I have a big Solar-Ray, and I have an electric car, and I have Tesla power walls as a battery that will hold the power for when the sun is not shining. So when I drive around, I know that it’s being powered by the sun, and it’s clean.”

For Machine Gun Kelly, choosing his 1Thing is an easy one. “Not to drive a car, because I don’t have a driver’s license.” But he’s taking other steps too, inspired by his time in Los Angeles. “I pretty much always yell at anybody that has their water running, just because I’m haunted from driving through LA and seeing those signs on the side of the road that are like, ‘Drought. Very serious. Conserve water.’”

Country stars Runaway June have a more creative green driving solution. “We should have the band push the bus, so we don’t use any diesel,” says lead singer Naomi Cooke. Singer Jennifer Wayne switched gears and got a little more serious, saying, “We should, for the month of September, recycle every single water bottle on the bus.”

AJ Mitchell is taking a more fashion-forward approach. Sensitive to the effects of the textile industry on the environment, he says, “One thing that I like to do to better the planet is, I like thrift shopping, just because it reduces factory emissions.”

These artists are serious about reducing their negative impact on the environment, and adamant about helping others to do the same. For more ideas on how you can save the planet, click here and join them in doing 1Thing.