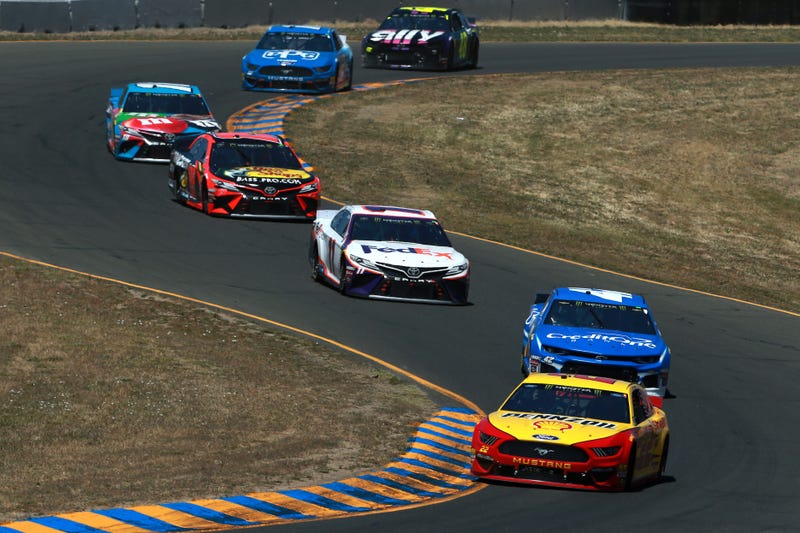 With the amount of fuel required to allow vehicles to hit top speeds, auto racing isn’t actually known for being environmentally conscious.

But the National Hot Rod Association (NHRA), the governing body that sets the rules for the sport in the United States and Canada, has been taking steps to make themselves more sustainable.

Leading the way is California’s Sonoma Raceway, which has launched green initiatives in their day-to-day operations, while also trying to implement the latest in clean vehicle technology.

“Our place in the sustainability movement might be a little suspect — this is not an industry where you might be used to seeing (eco-friendly) initiatives,” said Sonoma Raceway President Steve Page. “But I think that gives us an interesting platform.”

To power the 2.52-mile road course, the raceway has installed over 1600 solar panels and uses 3,000 lawn-mowing sheep to maintain 1600-acre complex. With over 47,000 permanent seats, officials used sustainably grown redwoods to build the stands. And in an effort to control waste, all billboards and signs are outsourced and turned into duffel bags, totes and laptop sleeves.

Sonoma Raceway also hosts the Shell Eco-marathon where science, technology, engineering and math students join to design and build ultra-energy-efficient cars, and then take them out on the track to compete.

Unfortunately, fans still enjoy the sound of roaring engines and even the smell of burning fuel which makes electric cars a hard sell for some audiences.

Looking to change those attitudes is why the Formula E league was created. Taking a page from the world-class Formula One racing league, Formula E features all the same adrenaline-based kicks but with fully electric cars called “e-racers” instead of gas-guzzling hot rods.

"I love Formula 1. I think it's great,” said Formula E chairman Alejandro Agag. “But obviously… As the industry shifts towards electric, Formula 1 finds [itself> more and more without an industry to relate to."

Formula E races are short, last about 45 minutes and typically feature narrower courses in city centers. This year’s E-Prix championship took place on the streets of Brooklyn, after a season that saw races in Hong Kong, Berlin and Mexico City.

And with electric cars now reaching speeds of 174 mph, attendance at Formula E continues to increase with an average of 25,000 spectators per race.

Agag also believes the next ten years will only see the public’s interest in Formula E, and in electric cars in general, increase.

"I think if you see this race, you're one step closer to buying an electric car. That's why we do it. And that's why people come in here,” he added.

“They will feel closer to buying an electric car. That's our objective."