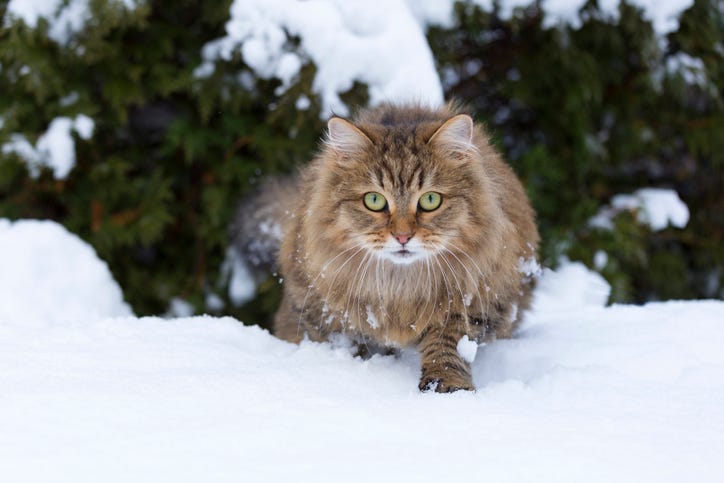 Sustainability has never been this cute.

Rogich’s good deed was inspired by a video he saw on Facebook instructing viewers how to make one of the shelters. His efforts picked up after he turned back to the social media platform to ask his network for donations of old unwanted coolers.

By December, Rogich had made 77 shelters, with enough sourced coolers to make 15 more.

Rogich is spreading the word to other people who want to tend to both cats and nature. He posted a how-to video of his own in hopes that others will undertake the project as well.

The coolers “are already insulated to keep things cold,” Rogich said. “We’re going to use it to keep animals warm.”

For Rogich, the shelters are a great use for the coolers, which when discarded end up as large bits of plastic waste.

“Old ones end up in landfills, and they don’t decompose,” he says. “I’m giving them another use.”

Rogich makes the shelters by drilling entrance holes into the coolers, lining the hole with three-quarter-inch pipe insulation, and filling the inside with straw.

To learn more or make donations, visit Rogich on Facebook.