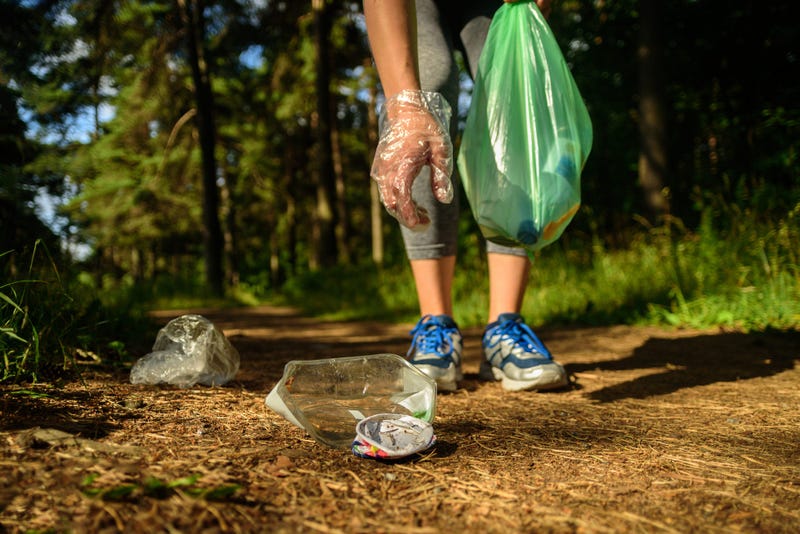 If you’re bored with Pilates, then try plogging.

For those that don’t know, plogging is a Swedish fitness trend that morphs jogging with picking up garbage on the street.

The names comes from combining “jogging” with the Swedish term “plocka upp”, which translates to “pick up” something. Skier Erik Ahlström is credited with starting the movement in 2016 and has watched it grow into a global phenomenon in real life and on social media. On Instagram alone the #plogging has over 86K posts.

Its popularity can be attributed to it being easy to do and open to anyone regardless of skill level. Ploggers just throw on sneakers, start running and grab trash, litter and other discarded items they find on the streets of their neighborhood.

The only rule to plogging is to properly dispose, recycle or compost all the trash you collect on your cardio workout. You might want to wear some sort of gloves so as not to come into direct contact with any of the strewn trash.

“There’s no wrong way to do it,” said one avid plogger in New Jersey. “It doesn’t matter how much or how little you pick up—it’s an empowering way to engage with your community.”

. Plogging Plogging is a combination of jogging with picking up litter. It started as an organised activity in Sweden around 2016 and spread to other countries in 2018, follwing increased concern about plastic pollution. #plogging #ploggingrun #urbanplanning #urbandisign #پاکسازی_ورزشی #پلاگینگ

The first people to jump on the trend were experienced runners, but with time it’s become popular with people who just want to contribute to a cleaner and healthier environment.

In addition to the endorphin rush from jogging, many find extra satisfaction from having an impact on their neighborhood.

Local and corporate plogging groups have since formed furthering awareness and enrollment in the eco-friendly workout.

Which is great news since sadly there’s no shortage of items that need to be “plogged.”