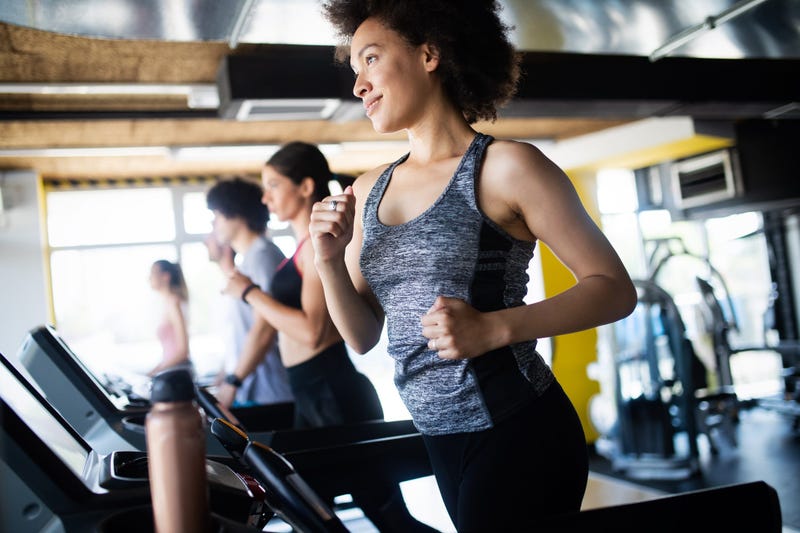 Your workout is here to save the planet.

Sustainable equipment manufacturer SportsArt has unveiled the Verde G690, the world’s first treadmill that is capable of harnessing human power and converting it to utility grade electricity.

Users operate the non-motorized machine by plugging it in and beginning to walk, jog or run. The runner's body weight propels the belt, “which triggers a flywheel to spin, generating energy.” A micro inverter then transforms the energy into clean power that can be used by anything plugged into the electrical grid.

The Verde is able to generate up to 200 watts of power an hour, which is enough to light a 60-watt bulb for an hour and a half. A USB port will also allow it to charge your smartphone while you workout.

“We noticed a gap in sustainability present in gyms and knew we had to do something about that,” SportsArt said in a press release. “We took the treadmill, a staple in fitness and incorporated a revolutionary technology that would not only reduce energy consumption, but actually produce it.”

The state-of-the-art treadmills are also very efficient as up to 74 percent of the energy being produced can be converted and returned to the grid, which helps to reduce the user’s overall carbon footprint.

Another perk of the human-powered cardio equipment is that you get a better workout. The Verde forces you to use 30 percent more energy and 30 percent more muscles since it’s harder to get it started and keep it going than a standard motorized treadmill.

Unfortunately, the Verde is currently only available for commercial use in gyms and resorts, with each one costing about $10K. But the company is working on streamlining the treadmills in order to make them more accessible and economical to the public in the near future.

Pretty soon you will be able to shrink your waistline and your electric bill all at once.