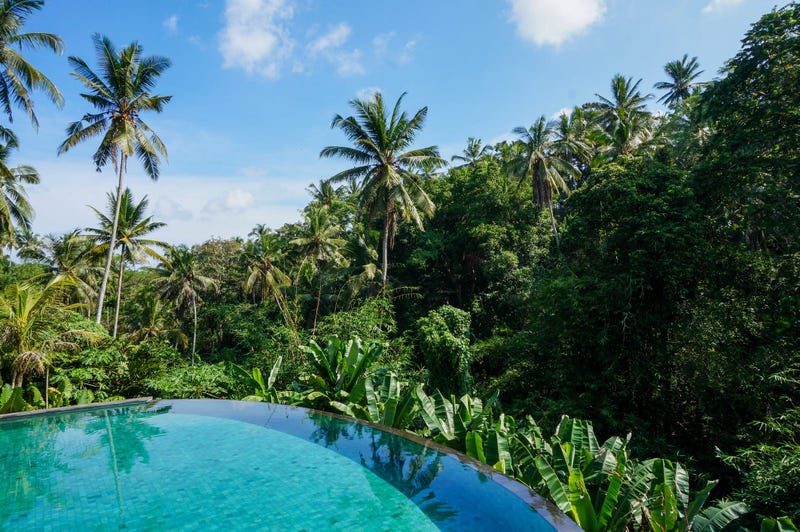 Summer is upon us and with it comes the busy travel season.

And while it can be challenging for travelers to maintain a plant-based diet on their vacation, more and more cities around the world have ramped up their vegan options for both locals and tourists.

TheVeganWord.com has come up with a listing of the most vegan-friendly cities around the globe by calculating which places have the most vegan restaurants per capita.

At the top of the list is the tiny city of Ubud located in the tropical paradise that is Bali, Indonesia. Known for being a meditation and holistic healing mecca, Ubud has the smallest population on this list with only 30,000 residents yet has 13 completely vegan restaurants. In addition, visitors can hit up the and stay at an all vegan resort. And you’ll definitely need the rest after the twenty hour flight to get there.

Chiang Mai, Thailand comes in second with 23 vegan restaurants per 100,000 residents. Located less than 450 miles from Bangkok, eco-travelers that tire of the plethora of plant-based eateries around town can also learn to prepare their own meals with the various vegan cooking classes available.

In third place is Tel Aviv, Israel, which happens to be the country with the most vegans in the world. Tel Aviv has over 400 vegetarian or vegan-friendly restaurants throughout the city and an average of 8 completely vegan restaurants per 100,000 residents. Which is great because you are sure to be hungry after a day lounging in the sun at one of its world-renowned sandy beaches.

The USA lands in fourth thanks to Portland, Oregon. While the hipster haven has seven vegan restaurants per 100,000 residents, nearly every other restaurant offers some vegan options. And in a scene straight out of Portlandia, the city even has a vegan mini-mall featuring a vegan clothing boutique, bakery and a tattoo parlor.

We round out the top five with a return to Thailand and Phuket. The popular tourist spot has white sand beaches, picturesque mountains and six vegan restaurants per 100,000. After visiting the big Buddha, visitors can enjoy the annual Vegetarian Festival with street food stalls featuring exotic vegan delicacies or enjoy one of the various vegetarian buffets.

If you’re wondering why cosmopolitan cities like New York and Los Angeles did not make the list, it’s simply because of their large populations. While both have a vast number of vegan-friendly restaurants, their per capita rankings are much lower than smaller places because they have so many residents.

So, safe travels and bon appétit!