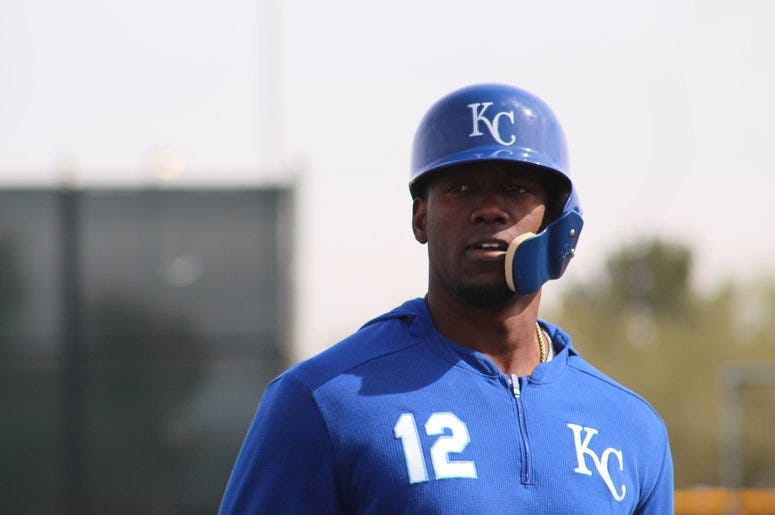 Royals were in action in Surprise against the Rockies today

Barlow gave up a HR on the first pitch of the game but settled in and only allowed the one run over 2 innings of work.

Soler hit a HR on his birthday on a frozen line drive that went out in a hurry. Not a bad present for himself and a lot of Royals fans who are hoping he can stay healthy this year.

Flynn did not have a good day. Had command issues and loaded the bases. Then gave up a grand slam to Mark Reynolds. He ended up allowing seven runs. Six were earned.

Bubba did have a big day and hit two HRs today a day after tallying a few singles so a nice start to spring for his as well. It is just two days but he certainly having a nice start.

Outside of the game I had a few conversations about being in different career modes and how to handle the information that is in front of you.

First Alex Gordon is nearing the end but is it the end? He had this to say

Also Whit Merrifield is an established major league player who has had to buck trends on his way to getting a regular everyday spot. I think he knows that he work ethic and attention to detail and two big things that helped him get here.

With the analytics revolution continuing in baseball and the Royals using more and more technology, the option for more data is always there.

Whit doesn’t worry much about launch angle at the moment and worries that some other guys can sometimes get lost in it.

Whit doesn’t worry about his launch angle and has even seen it “ruin a lot of guys careers” pic.twitter.com/Yb9IukXK5T

I think that some of where Whit is coming from is from the balance he shows as a player. Weak contact is fine if you are putting the ball where is needs to go. His approach is to get the job done in anyway possible.

A different career stage is that of Josh Staumont who seems so close to the majors but command issues and a recent full time commitment to the pen means he hasn’t broken through yet. Sometimes that information can make you think to much on the mound and Staumont knows hesitation can cost you

Staumont likes to be in control of everything he can but knows it doesn't work that way on the mound."Thinking usually causes hesitation. Hesitation is terrible for baseball" pic.twitter.com/eE0p2sYf75

He went on the say that he is happy on whatever role the Royals want and in talking to a member of the front office I think making things simpler is what the Royals want for Staumont.

For more Royals coverage stay tuned in at 610sports.com