It seemed all but inevitable that Le'Veon Bell's career under Adam Gase was going to end prematurely one way or another, whether it was from a trade or whether the Jets decided to part ways with their head coach.

However, a somewhat surprising outcome awaited us on Tuesday evening, when the Jets announced that they had released the disgruntled running back (who no longer appears to be disgruntled). 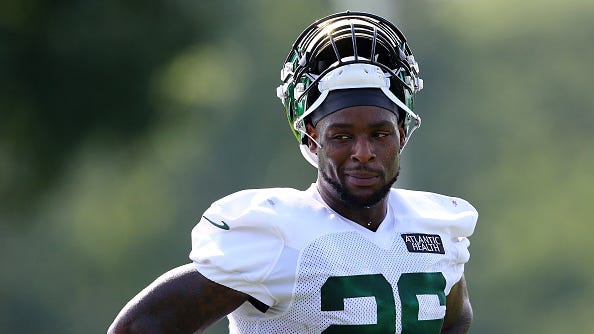 Jets will release Le'Veon Bell, who celebrates with prayer emoji

The Jets are going to have to pay off a lot of dead money after cutting ties with the two-time All-Pro, making it a potentially easier sign for many prospective teams who still think that Bell has a lot left in the tank.

Thus, several teams are viable candidates to bring on a veteran running back with the aim of furthering their preexisting success this season, mentoring young running backs and helping Bell to rediscover his dominant self. While I've ranked eight teams below, the suitors exceed that number. The Titans, the 49ers, the Eagles and some others could foreseeably use a versatile, veteran running back at this point in their respective seasons.

How do my thoughts compare with the @RDCSports poll? Read on to find out.

Where does Le'Veon Bell land next? 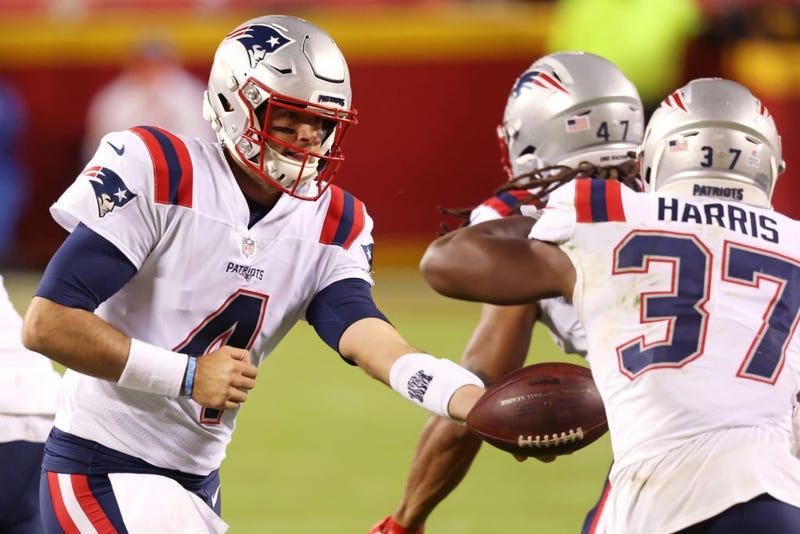 Yea, yea... this one would make for the best story. Bill Belichick scoops up Le'Veon Bell for the minimum price, turns him back into a stud, and the Jets look like a bigger dumpster fire than ever before.

But do I think it will happen? Not really. Sure, Sony Michel just went on IR, but the Pats have a duo of capable pass-catching running backs in James White and Rex Burkhead, and Damien Harris posted 100 yards on the ground in his starting debut. I think they're set with their current corps. 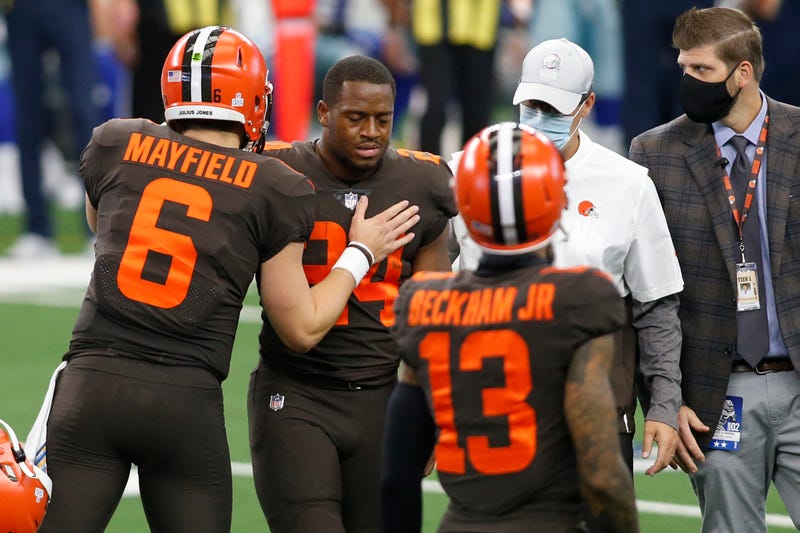 I don't really see this one happening in Cleveland. The most important reason, to me, is that Nick Chubb's injury isn't going to hold him out forever, and once he returns -- which could be as soon as Week 10 or 11, if recovery goes smoothly -- a backfield with Chubb, Hunt and Bell just seems too crowded for it to work.

However, for a team with definite playoff aspirations after a strong start and an injured lead back, they should at least give it some thought. 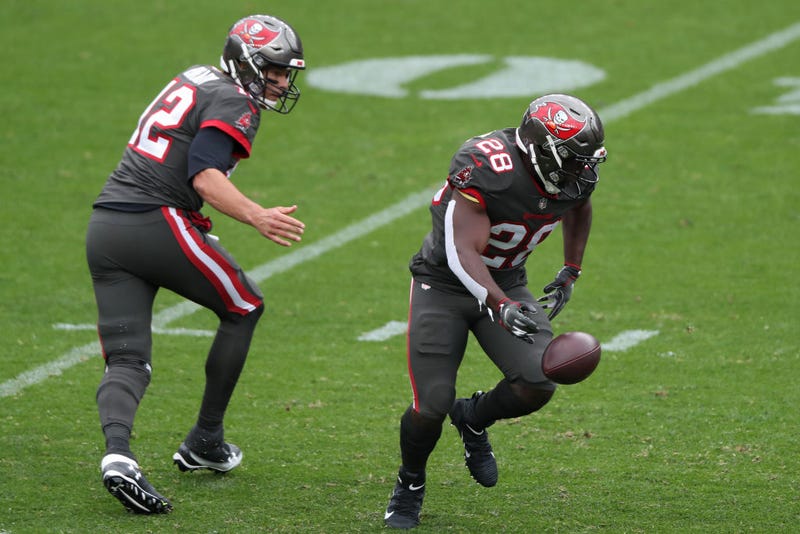 Could the Bucs really sign LeSean McCoy, Leonard Fournette and Le'Veon Bell in the same season? It's not too likely, but considering McCoy and Fournette were sidelined with injuries and haven't been all too effective when active, the Bucs could continue with their veteran running back shopping spree and look at Le'Veon Bell.

Another factor that could come into play is that Brady has always enjoyed utlizing a pass-catcher out of the backfield, including the aforementioned Patriots' back James White in recent years. So far, none of McCoy, Fournette, Ke'Shawn Vaughn or Ronald Jones have been that great in that capacity. Still, it's a crowded backfield to add another name to. 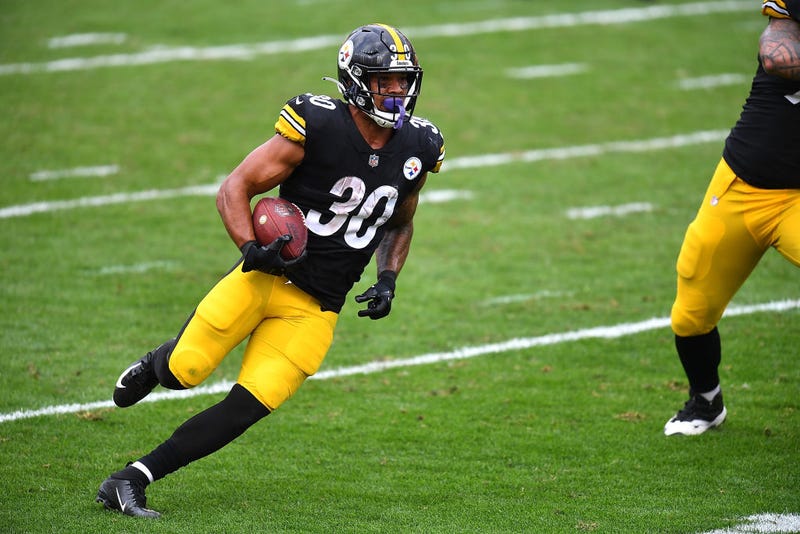 Perhaps the only story line better than Bell going from the Jets to the Patriots would be if he rejoined the Steelers. The biggest obstacle would obviously be the way the two parties left off, with Bell's contract situation ultimately resulting in a holdout for the 2018 season.

However, Bell said that the Steelers were an interested party when trade rumors floated around the league in 2019 (via Jeremy Bergman of NFL.com). James Conner's health is always an issue, and none of the backups inspire all too much confidence, though there are plenty of options in town. Plus, he'd be familiar with the scheme right away. 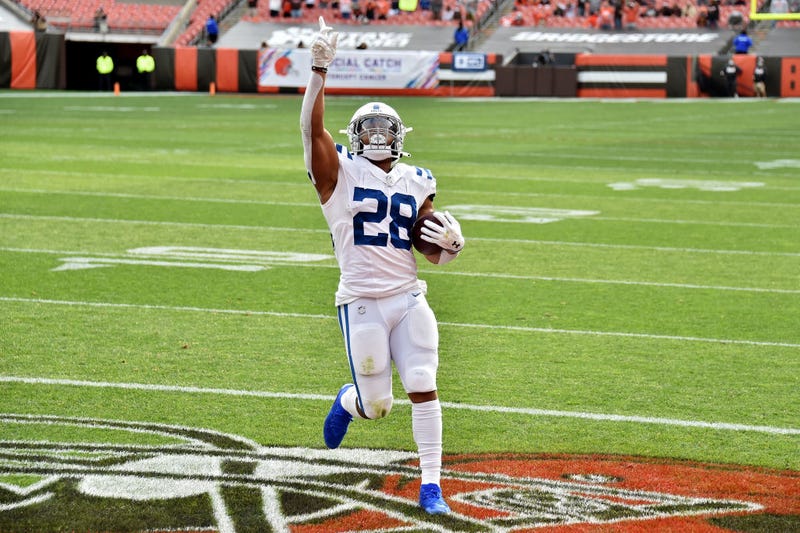 Jonathan Taylor points toward the sky as he scored a touchdown. Photo credit (Jason Miller/Getty Images)

Marlon Mack may have been the guy who was supposed to help mentor Jonathan Taylor and hand over the keys to the backfield monopoly, but an early-season injury derailed that experiment. Thus, Bell could slot in perfectly and split time with Taylor, who has looked impressive at times but is only averaging 4.0 yards per carry behind an offensive line that was supposed to be great.

A 3-2 record means they're certainly competing for a postseason berth, but a loss to the Browns also means they could use some work, especially after managing just 68 rushing yards in the disappointing effort. 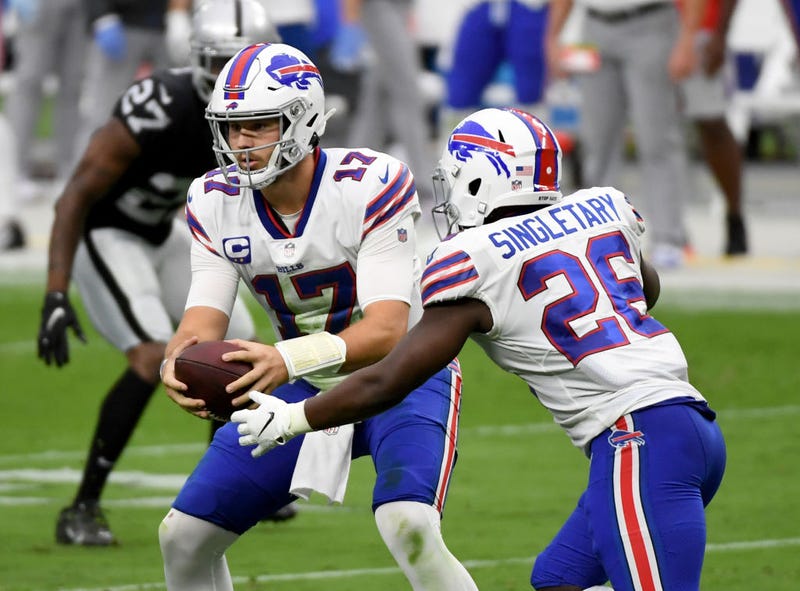 The Bills finally suffered their first loss of the 2020 season at the hands of the Titans in Week 5, and though the game script didn't help, Devin Singletary's production didn't do the Bills any favors (11 carries, 25 yards). As good as the Bills have been, they rank 28th in the league in rushing yards and 26th in yards per attempt (3.8).

Bell could hopefully help to, 1) bolster those numbers, 2) mentor Singletary and Zack Moss and 3) provide Allen with another target out of the backfield. For a win-now team and with the Patriots lurking as a dark-horse candidate to land Bell, I could understand arguments where the Bills are the leader of the pack. 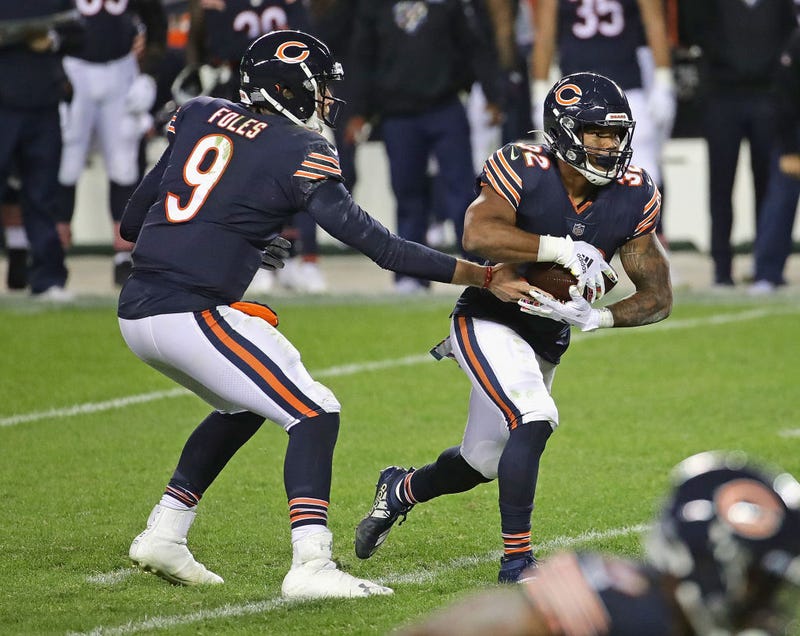 Every time a new running back becomes available or gets his name in the news, as was the case with Leonard Fournette and Devonta Freeman earlier in the season, the Bears immediately become a team to look out for. They're winning games in a winnable division, most importantly, so strengthening the weak parts of their roster as quickly as possible is of the utmost importance.

Running the football hasn't been the team's strong suit, as they have rushed for only one touchdown and are 27th in the league in yards while sitting at around the league average in yards per attempt. For a team whose fourth-ranked defense (in terms of points allowed) is largely responsible for their 4-1 record, a good rushing offense is undoubtedly important.

David Montgomery is still a young back that could use a veteran to learn from, and losing Tarik Cohen for the season in late September further fuels this team's chances of reaching out to Bell. One slight hitch could be the Bears' signing of Lamar Miller, who may be ready to take on a big role with the team. 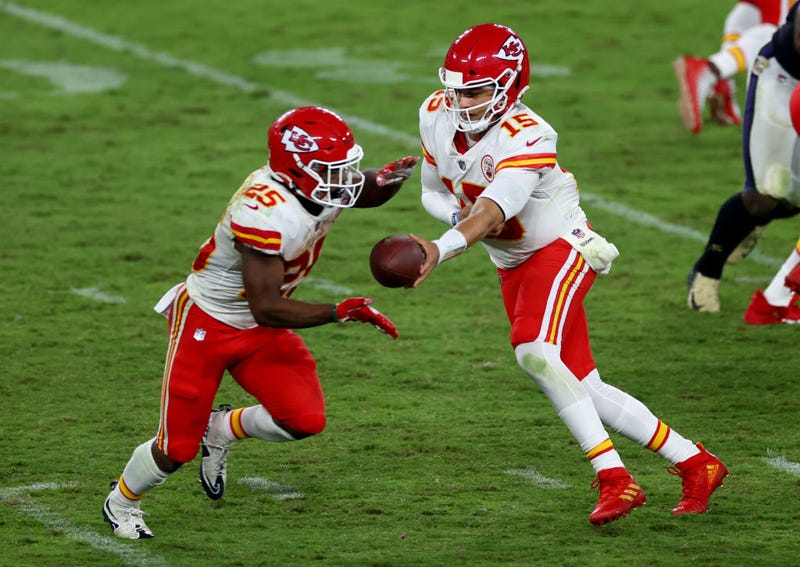 It's hard to deny that the Bears present a great fit, but I still think the Chiefs are the team that could be the most attractive option for Bell. After all, who wouldn't want to play on the reigning Super Bowl champions and become an important receiving option for the league's best quarterback?

Clyde Edwards-Helaire started off his season on an incredibly high note, but has yet to reach the end zone in the four games following Week 1. The other running backs (Darrel Williams, Darwin Thompson) aren't doing much to prove they should have a role in the offense. And after a surprising loss to the Raiders, why not do all you can to shore up any potential weak points and further establish yourself as the favorites to take home another Lombardi Trophy?

Bell to the Chiefs is a great fit and takes my number one spot in the rankings. And if it were up to Chris Jones, he'd probably say the same.