There are currently six head coaching vacancies in the NFL, and a lot to like about at least three of the jobs.

The Los Angeles Chargers parted ways with Anthony Lynn after the 2020 season, but did win four consecutive games to finish the season. Justin Herbert, the No. 6 overall pick in the 2020 NFL Draft, just completed one of the greatest rookie seasons in NFL history, tossing 31 touchdowns and racking up 4,336 yards through the air. Additionally, for as much as social media likes to clown the lack of traction that the Chargers have gotten with fans in Los Angeles, that makes this a lower-pressure job in a warm-weather city, something candidates crave.

Whoever replaces Doug Marrone in Jacksonville may end up in a similar position, as the Jaguars are expected to draft former Clemson quarterback Trevor Lawrence with the No. 1 overall pick. In addition to Lawrence - the most highly-touted quarterback prospect since Andrew Luck - the Jaguars are slated have multiple picks in the first, second and fourth rounds of the 2021 NFL Draft.

The Jets, of course, are the furthest thing from coaching in a market with a laid-back fanbase. Still, while there may be cons to taking over what's been an extremely dysfunctional organization, if you're high on Ohio State quarterback Justin Fields (or even incumbent starter Sam Darnold), this is an attractive job.

The other three vacancies come with much larger drawbacks, though as Mike Florio and Chris Simms noted this week, there are only 32 head coaching jobs in the NFL, and if you're a hot candidate, it's sometimes best to strike while the iron, is, well, still scalding.

With that in mind, here's the best candidate for each NFL vacancy: 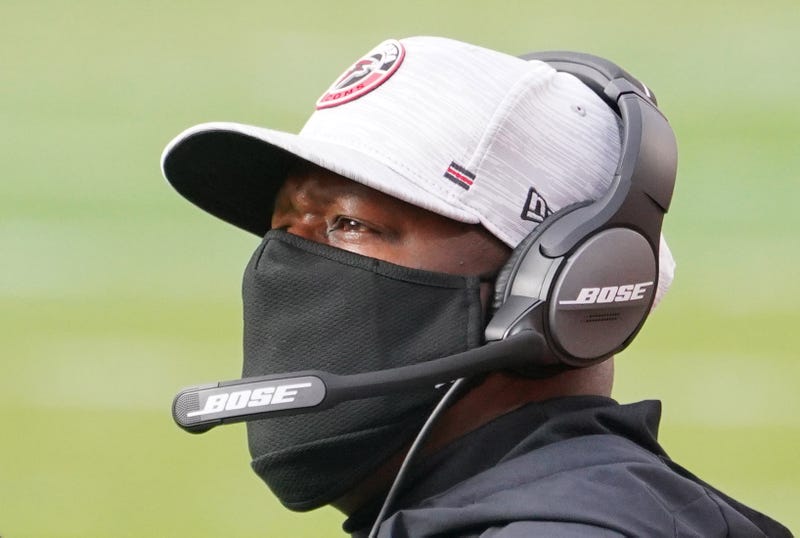 Nearly a decade after a three-year stint as the head coach of the Tampa Bay Buccaneers, Morris got 11 games to serve as the interim head coach of the Falcons in 2020 following the team's dismissal of Dan Quinn. In that timespan, the Falcons went 4-7. Though five consecutive losses to finish the season leaves a bad taste in your mouth, the Falcons were almost always competitive under Morris. Who the next head coach is will depend upon who is hired as the new general manager in Atlanta, but whoever it is will inherit an ugly cap situation. Over The Cap projects that the Falcons have -24.4 million in cap space in 2021, and it would be nearly impossible to move on from Matt Ryan and Julio Jones. Let's face it, this isn't a very attractive opening. The best thing would be for the Falcons to remove the interim tag from Morris, and reevaluate the head coaching position in a year or two when they are out of salary cap hell. 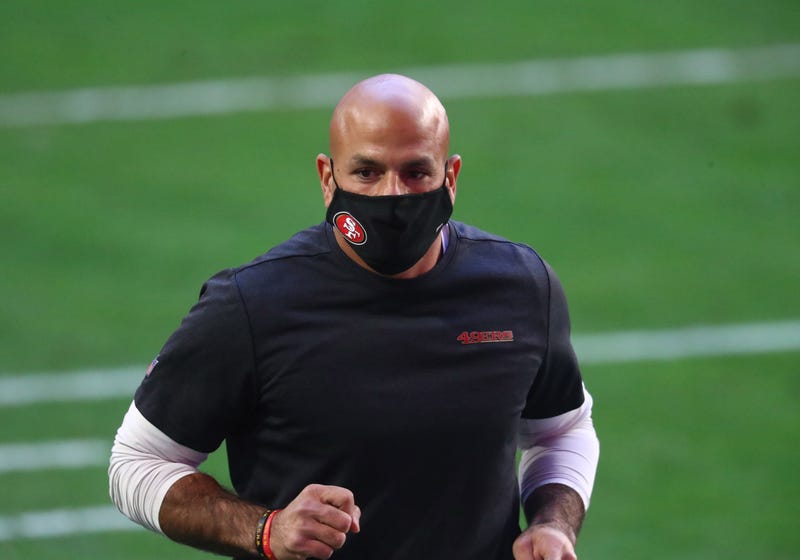 As much as we're more inclined to pick offensive head coaches, the Lions desperately need a head coach that players respond to, and Saleh has been that as the defensive coordinator in San Francisco. The Lions could lose both Kenny Golladay and Marvin Jones Jr. in free agency this offseason, and the possibility exists that the organization trades Matthew Stafford and enters a full-fledged rebuild. Ultimately, the new general manager in Detroit should make this selection, but Saleh - a Michigan native - could be the right person to build a culture on what's going to be a very young roster in all likelihood. 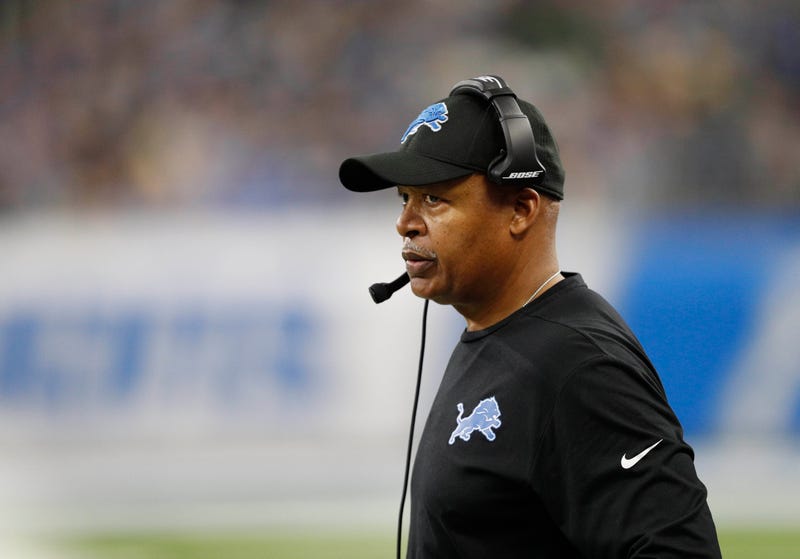 Caldwell probably isn't one of the six most appealing candidates available in this cycle, but the very best candidates will probably go elsewhere or remain in their current positions over going to Houston. It's great to have Deshaun Watson, but despite a dominant 2020 season from the quarterback, the Texans went just 4-12 this past season. To make matters worse, because of the Sept. 2019 Laremy Tunsil trade, the Texans don't have the No. 3 pick in the 2021 NFL Draft, the Miami Dolphins do. Like the Falcons, the Texans also have negative cap space available currently. While not sexy, Caldwell is competent, having gone 62-50 in seven combined seasons as the head coach of the Indianapolis Colts and Detroit Lions. At 65, time may be running out for another stint as a head coach for Caldwell, and the Texans may not have a better option. 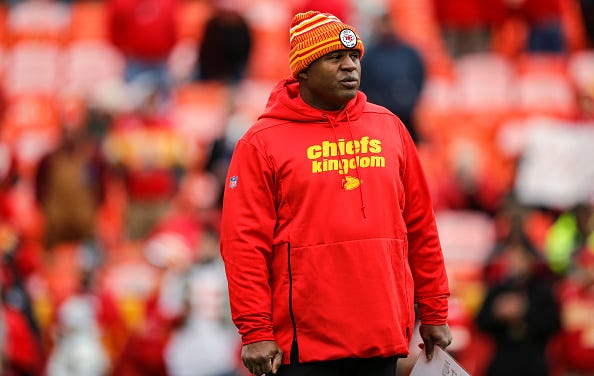 We're all intrigued by the possibility of Urban Meyer taking over for the Jaguars, but it's hard to know why he would be a more appealing candidate for any NFL vacancy than Bieniemy. The former running back has worked under Andy Reid since 2013, and has served as the offensive coordinator for the Kansas City Chiefs since 2018. With the chance to draft Trevor Lawrence and a treasure chest of draft picks, Bieniemy should be intrigued by this job, and the Jaguars would be wise to aggressively pursue him. 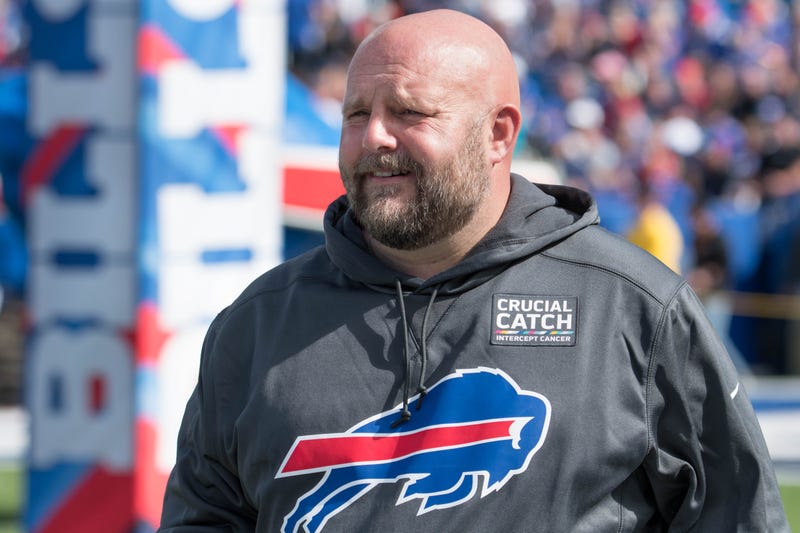 Daboll's first year as offensive coordinator was in 2018, Josh Allen's rookie season. The growth that Allen has shown in three seasons under Daboll - from 52.8% completion percentage in year one to MVP-caliber play in year three - is remarkable. That's not even to mention that Stefon Diggs, Cole Beasley and John Brown have all had career years in Daboll's system. Whether Justin Herbert has the same type of ceiling as Allen is unknown, but if 2020 is any indication, he has the potential to be a top-five quarterback. Daboll is the perfect candidate to get the most out of Herbert, and given the work he's done in Buffalo, he should arguably be the most coveted candidate in this cycle. 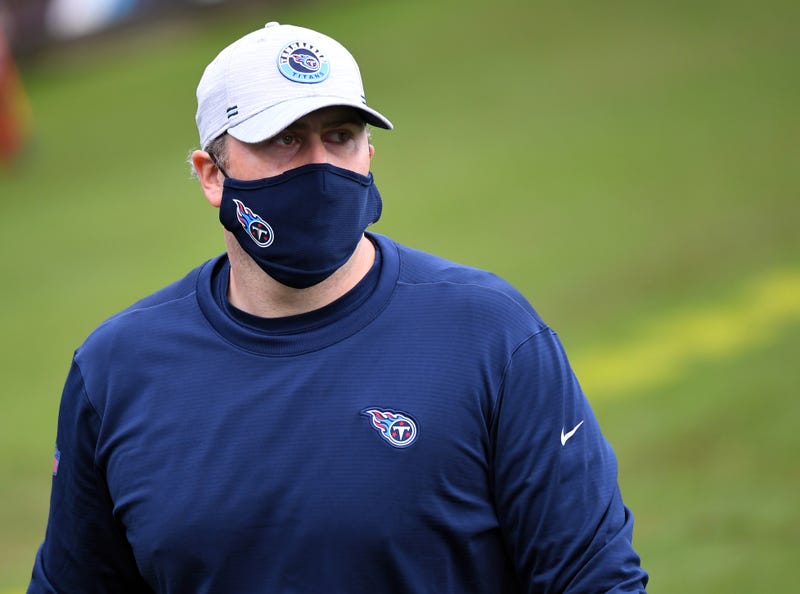 Had the Jets secured the No. 1 overall pick - and the right to draft Trevor Lawrence - they would have potentially been the most attractive job. Still, there's a lot to like here, as the team has the No. 2 overall pick, which sets them up to either draft Ohio State's Justin Fields or recoup even more draft capital by trading down. Remember, the Jets already have multiple first-round picks in each of the next two years thanks to the Jamal Adams trade. Ryan Tannehill has emerged as an elite quarterback working under Smith, after, ironically, looking below-average when being coached by Adam Gase in Miami. Additionally, Smith has done a tremendous job in getting the most out of A.J. Brown and Corey Davis. Daboll and Bieniemy are probably the most intriguing offensive-minded candidates this cycle, but there's a lot to like about Smith.