Sunday night's miraculous last-minute victory in the Chiefs-Raiders divisional clash won a lot of money for those who supported Patrick Mahomes, Travis Kelce and the rest of the defending Super Bowl champions. It's fitting, too, seeing as the game was played in one of the gambling capitals of the world, though the hometown Raiders would have preferred to have been the victorious party.

Nonetheless, Mahomes and the offense kept the Raiders from that potential outcome, securing the lead with under 30 seconds to go.

One extremely lucky fan turned a $100 bet on a huge parlay into $56,225.34 in a fitting end to this Las Vegas story. Even the Chiefs couldn't resist making a gambling reference following the game.

But when Patrick Mahomes was asked about his gambling memories in Las Vegas on 610 Sports Radio's "The Drive," it was betting not on a red number but on a black number — No. 24, specifically — that resulted in an especially memorable outcome.

"I went (to Las Vegas) after the Super Bowl last year and it was fun," Mahomes said. "Travis Kelce — it was actually right after Kobe Bryant died — he actually hit on 24 on the first roll of roulette. So it was a pretty crazy story."

Mahomes previously revealed how much Bryant meant to him on another of his interviews with "The Drive."

"The way he could go out there and dominate every single night with that killer's mentality and then when he got done with his career, the way he was with his family and on the business side," Mahomes said. "He was someone that was truly inspirational and someone you could look at as how to go about it and do it the right way."

Some of that Mamba Mentality was certainly on display in the final drive of the Chiefs' Week 11 contest against Las Vegas, too, and Mahomes acknowledged his mindset in situations like those.

"I don't think you can be (anxious)," Mahomes said. "I think you just have to go back to your work ethic and the stuff that you put in and prepare yourself for those situations. And we do that, we prepare ourselves to be down in those situations and we have a lot of great guys who go out there and compete and find ways to win football games."

It's not the first time we've seen a moment like this from Mahomes, and it promises not to be the last. 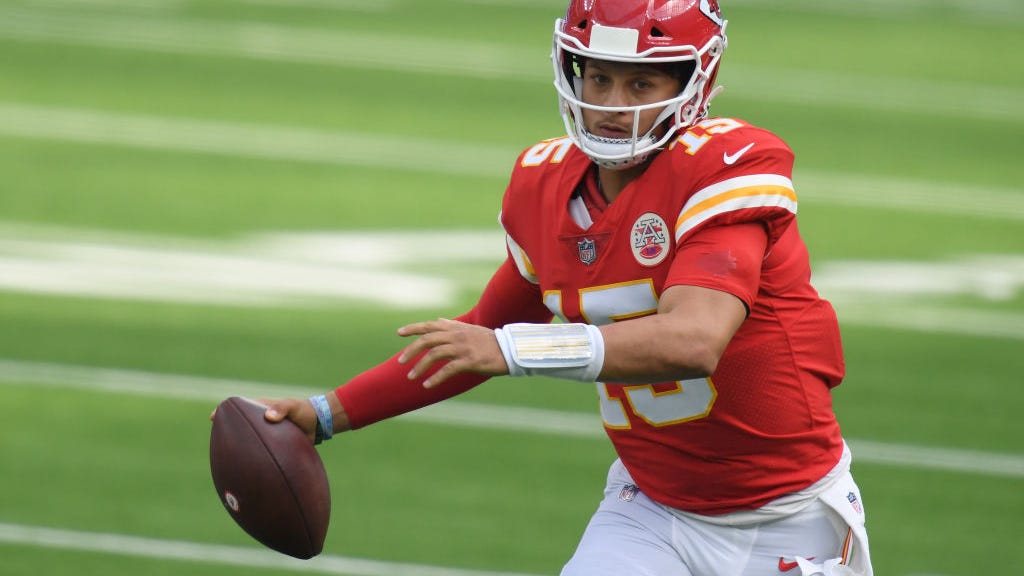