Myles Garrett seems to be a changed man since his helmet-swinging outburst against the Steelers in November of 2019. 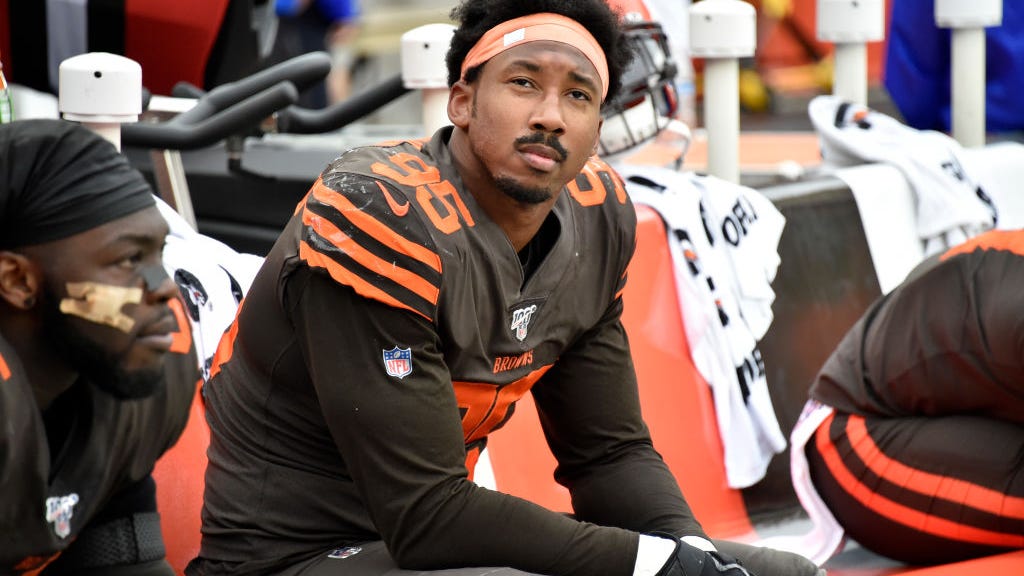 He's referenced a face-to-face talk with Mason Rudolph, the target of his violent attack after an alleged racial slur, as he's "willing to extend the olive branch" — though this has not come to fruition yet. It looks as if many players on Pittsburgh, like Garrett, aren't planning to look back on the altercation as they set their sights on a Week 6 clash. Steelers linebacker Vince Williams says that the team is "completely past it." Head coach Mike Tomlin said that he's not trying to promote the game as a "reality TV" type of story (via Noah Strackbein of SI.com).

However, Cleveland running back Kareem Hunt didn't seem to brush the incident aside as a thing of the past as much as other players are.

Hunt lauded Garrett as a great teammate, too, and empathized with the linebacker due to the six-game suspension he had to undergo. Hunt missed the first half of the 2019 season due to a suspension over a domestic violence incident.

Hall of Famer and former Steeler Rod Woodson wasn't too fond of Hunt's sentiment that the Browns would play this game with Garrett in mind.

“Is that what Kareem Hunt has to do to motivate himself and his team? Then so be it,” Woodson said on The Zach Gelb Show on CBS Sports Radio. “I’m pretty sure the Steelers don’t think that way. I don’t even know if the rest of the Cleveland Browns’ organization thinks that way, but he puts it out there."

The hope is that we get to watch a good football game between two division rivals fighting for the top spot. But should tempers flare, it may not be too difficult to understand why.