The Cleveland Browns running game absolutely torched the Cincinnati Bengals on Thursday night, sprinting past helpless orange and black striped uniforms to the tune of 215 yards and three touchdowns. If there's one thing that the Dawg Pound feels pretty good about right now, it's got to be their rushing corps of Nick Chubb and Kareem Hunt, two Pro Bowl talents with a ton of mileage left.

But could the Browns switch to a three-headed monster in the backfield, a Cerberus of devastating running backs? One former Cleveland Brown wants to make that happen.

It happens to be Peyton Hillis, the one-season wonder who completely dominated for a year or so in the early 2010s. He was a bulldozer, a 240-pound wrecking ball, who made every defender in his path look nothing more than a meager annoyance while he was on his hot streak.

Remember when Peyton Hillis rumbled for 184 YARDS (!) and the @Browns took down the Patriots back in 2010? pic.twitter.com/PLwIYlCs68

In fact, his contributions to the Browns offense were so great that it earned him the insanely prestigious honor of gracing the cover of "Madden NFL 12," an iteration of the massively popular video game. It was hard not to, though, with performances like the above and an overall stat line of 1,177 yards, 11 touchdowns and 477 additional yards through the air.

Now, he wants back in, although he hasn't played in an NFL game since 2014.

In responding to fan comments, Hillis said he'd be willing to move to fullback and block for Chubb and Hunt.

The 34-year-old fell from his peak pretty quickly, dropping to just 587 yards in 2011 and never again surpassing the 400-yard mark, making him somewhat of an anomalous one-year wonder. He retired after the 2014 season. 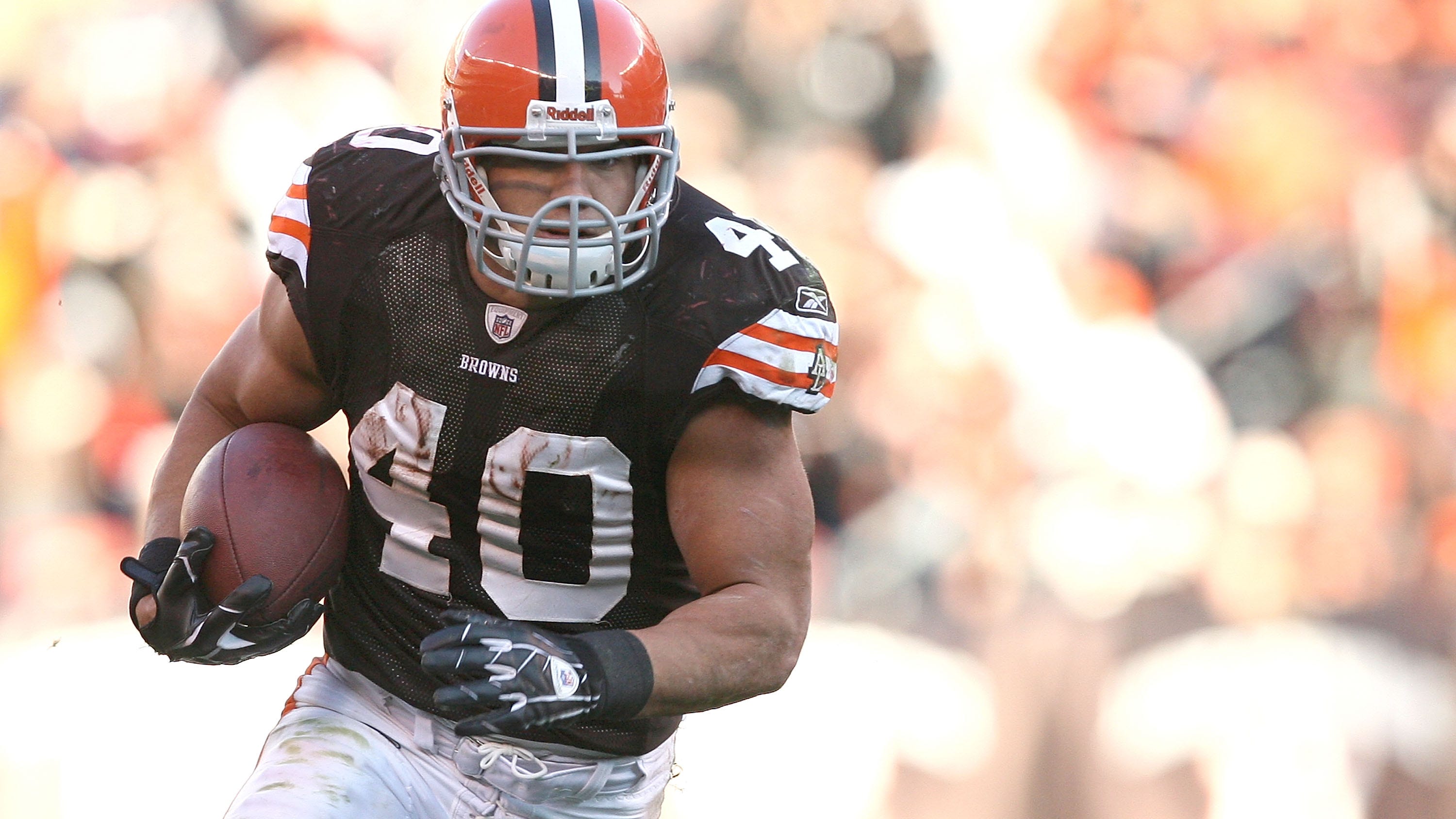 NFL Offensive One-Season Wonders for Every Team Since 1980

He discussed his retirement with Bleacher Report's Brad Gagnon in 2015.

"...After a while, it got too hard," he said. "I didn't care as much anymore, I didn't care to work at it. Football brought me down. I still love the game and I still have a lot of friends in the game, but as far as NFL football goes, my heart's just not in it anymore."

With his most recent tweet, it seems that his heart has returned to longing for an NFL career. Will the Browns bite?