This year's NFL Divisional Round will feature the perfect mix of quarterbacks already destined for the Pro Football Hall of Fame, mixed with those that project to be the best in the sport for at least the next decade.

In New Orleans, Drew Brees and the Saints will host Tom Brady and the Buccaneers for the third time this season. It may very well be the final time that the two face off, as there are strong indications that Brees could walk away after the season. But while Brady - by a perhaps large margin - appears to have more left in the tank, it's Brees' Saints that are three-point favorites. The Saints defeated the Buccaneers twice during the regular season, winning by a combined score of 72-26. Notably, Brady has never lost to a team three times in one year.

In the NFC's other matchup - Los Angeles Rams at Green Bay Packers - another all-time great, Aaron Rodgers is hoping to return to the NFC Championship Game for the second consecutive season. Rodgers, the likely NFL MVP, is considered by some to be the most talented quarterback in league history. However, he's only reached the Super Bowl once, and though he's not as old as Brady or Brees, at 37, the clock is ticking on his chances to hoist a second Lombardi Trophy.

For all the history in the NFC, the two AFC matchups are loaded with some of the sports brightest young quarterbacks.

Patrick Mahomes and the defending Super Bowl Champion Kansas City Chiefs will host the Cleveland Browns as they begin their title defense. Mahomes already has one championship, but it's best to strike while the iron is hot if he ever hopes to approach Brady in terms of total Super Bowl titles. Meanwhile, Baker Mayfield has been excellent in his third NFL season, and the former No. 1 overall pick is hoping to lead the Browns to their first conference championship appearance since 1989.

Though Mayfield was the top pick in the 2018 class, most would argue that Lamar Jackson and Josh Allen are the two most impressive quarterbacks from that year to date. Something will have to give as Jackson and Allen meet in Buffalo this week - the Ravens have won six straight games, but the Bills have won seven.

At the beginning of the season, the NFL would have dreamed of this type of divisional round, one filled with quarterback starpower, both young and old.

Before we get to our predictions on the full slate of Divisional Round games, let's take a look at the current standings among our RADIO.COM Sports central team members:

Without further ado, here are our selections on every game from Divisional Round Weekend: 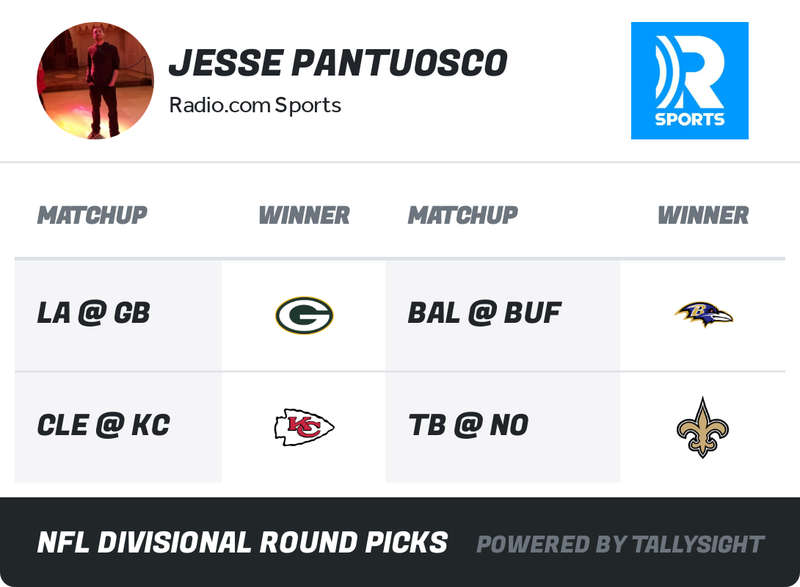 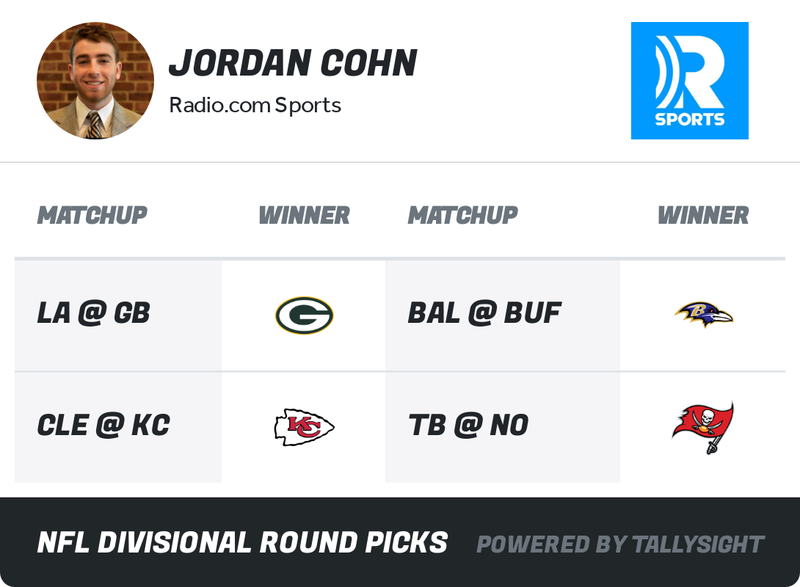 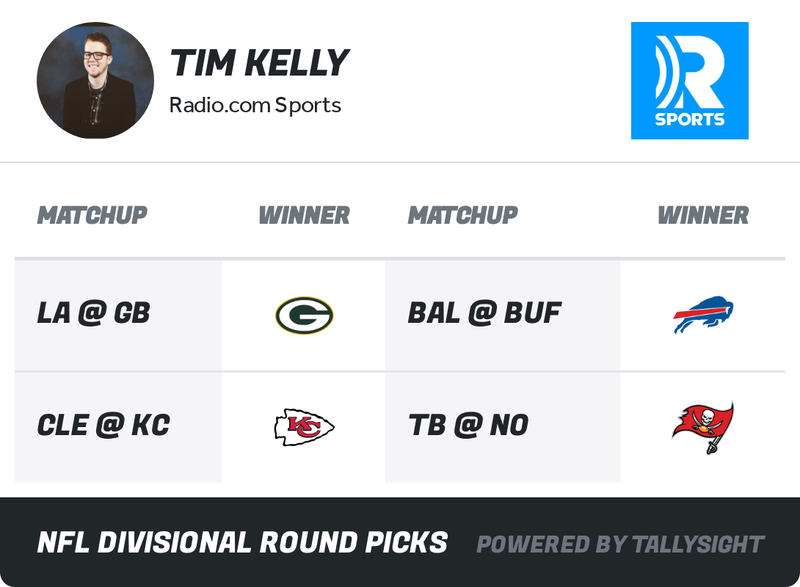 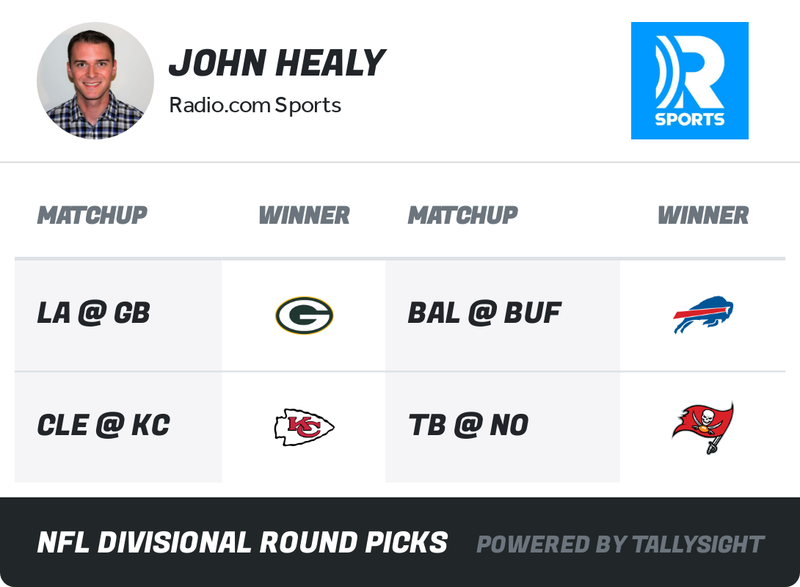 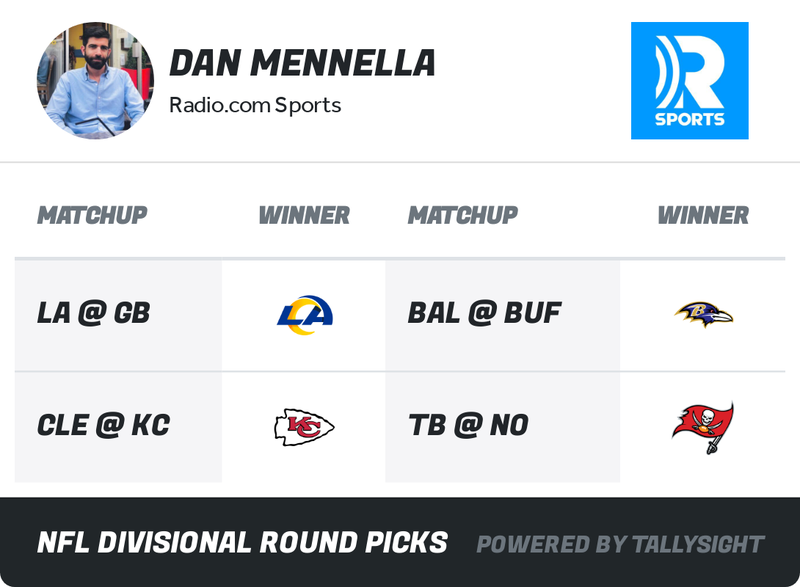