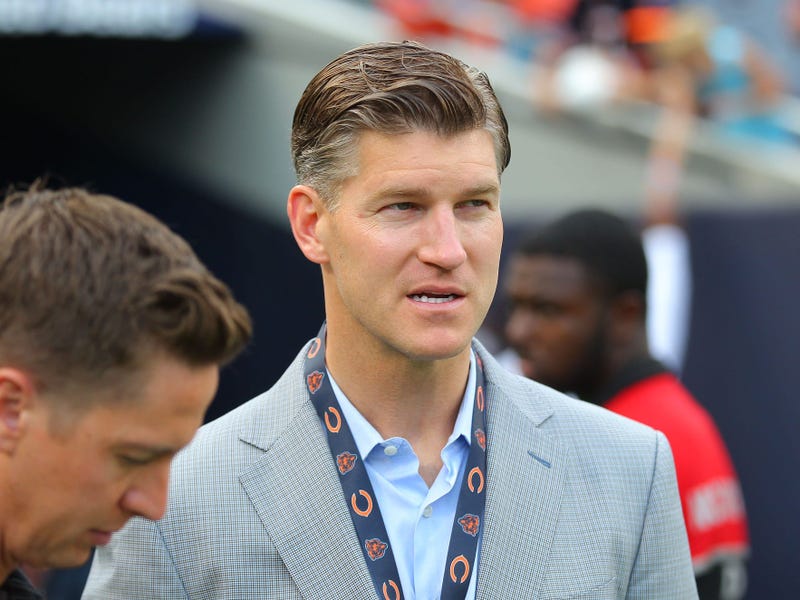 March 12, 2019 03/12/2019 7:03 pm
(670 The Score) So far it all makes sense for the Bears during the oxymoronic "legal tampering" period of NFL free agency. At some point, it still could get wild and risky in the way recently embraced by general manager Ryan Pace, but up to now it's perfectly reasonable.
The Bears made a choice at slot cornerback, adding Buster Skrine instead of overpaying Bryce Callahan in an inflated market. Mike Davis is a versatile running back on the rise at the right age and the right price. Adrian Amos isn't worth to this Bears defense what the Packers believe he is to theirs, free to pursue greener pastures. The same goes for receiver Josh Bellamy and the Jets. They'll get draft compensation for losing veteran free agents, a consolation prize earned through savvy acquisition and development, a mark of an improved franchise.

The Bears' strategy to replace Cody Parkey appears to be one of accrual, collecting placekickers now so they can sort through them later, hoping against hope they finally get it right. There's no settled science to that process, so I'll assume they are trying to know what they're doing.

What's curious in all this, however, is the Bears' decision to go to star edge rusher Khalil Mack and negotiate a restructuring of his contract details to increase their available salary cap space for this group, right now. ESPN reported first that the Bears created $11 million to use by converting some base salary and roster bonus into signing bonus, adding pro-rated cost to the remaining years' respective caps for the length of the deal. One doesn't do that just on spec but almost always for some pre-determined reason, a recognition of pressing need. And that's what's still missing here.

There would seem to be a target for that money, one that has yet to materialize publicly. Speculation regarding running back Le'Veon Bell hasn't involved the Bears yet on any reputable national level, so eyes could turn to edge rusher Justin Houston or a handful of targeted players on which they have yet to pounce. The Bears could be eyeing a trade coupled with a new contract for the player arriving, or there's a possibility far less sexy -- extra space to award a current member of the core with an extension.

Pace said he was "all in" when dealing up to draft quarterback Mitchell Trubisky in 2017, then doubled down by trading for Mack just before the 2018 regular season and paying him a record sum. This may be the time for more gambling, living in the now while the championship window is as open as it may be. Pace may know that nothing is promised in volatile NFL life, and the only season you have is this one.

There's nothing wrong with that kind of thinking. If not now, when?

Dan Bernstein is a co-host of 670 The Score’s Bernstein & McKnight Show in middays. You can follow him on Twitter @dan_bernstein.​​​​