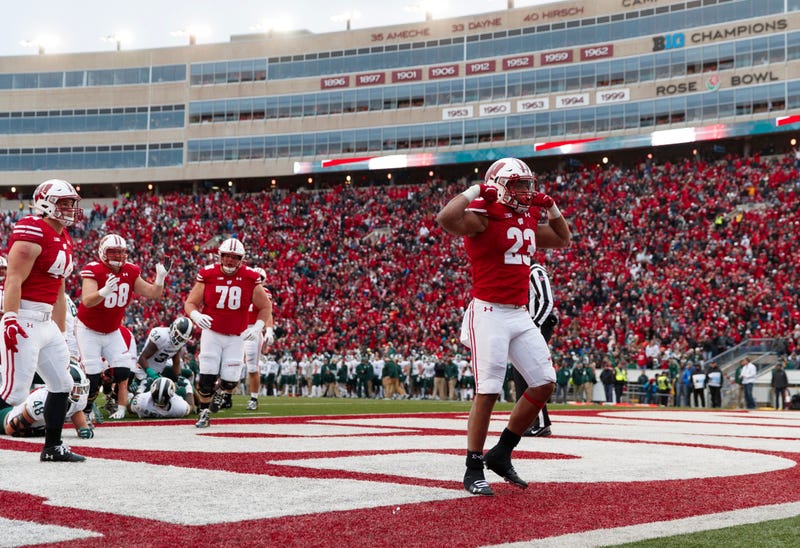 It wasn’t the Big Ten losing four games last week that matter, it was who lost them. Michigan State lost at home to Arizona State, while Maryland lost on the road to Temple. Both teams were ranked at the time but have fallen out of the polls after their pathetic performances.

While Iowa and Penn State kept their rankings despite uninspiring wins at home over instate non-conference rivals in Iowa State and Pittsburgh, respectively, the victories still left more to be desire.

Elsewhere, Illinois lost at home to Eastern Michigan while Purdue suffered a home defeat against TCU, which was expected after Boilermakers starting quarterback Elijah Sindelar was unable to play due to concussion symptoms. For a conference fighting for national respect, the Big Ten did no favors for itself last week.

Game of the year in September?

No. 11 Michigan visits No. 13 Wisconsin in the most-anticipated Big Ten game to date Saturday. The game has major conference and national implications.

The Badgers haven't allowed a point in their first two games while posting 110 themselves. Star running back Jonathan Taylor has scored eight touchdowns (five rushing, three receiving) in the first two games and is averaging 6.8 yards per carry, while first-year starting quarterback Jack Coan has given Wisconsin an air attack in a balanced attack to go with the vaunted defense.

On the other side, the Wolverines' off week enabled quarterback Shea Patterson to heal his abdominal injury that he suffered in the opener. Defensively, Michigan will have to step up in a big way to slow down Wisconsin's balanced attack. With both teams are coming off bye weeks, there's a chance for some fireworks early before the teams settle down and play a smashmouth style.

Can Dantonio fix the Michigan State offense in a week?

The loss to Arizona State was a surprising one for Michigan State coach Mark Dantonio and his squad, but the reason wasn't. The Spartans have had an elite defense for the majority of Dantonio’s tenure in East Lansing, but the offense has never quite caught up.

After the 10-7 loss, the Spartans have now averaged 7.8 points in their past five games against Power Five foes. They're 1-4 in those games. If Michigan State is going to be a contender in the deep Big Ten East, the offense will have to improve. Unfortunately for Spartans fans, it probably won't be a quick fix. Four of Michigan State's next five opponents

Northwestern earned its first of the season with a 30-14 victory against UNLV last Saturday. Star defensive end Joe Gaziano was named the Big Ten Defensive Player of the Week after recording nine tackles and 1.5 sacks whie also forcing and recovering a fumble.

Running back Drake Anderson also shared Big Ten Freshman of the Week honors after rushing 26 times for 141 yards and a touchdown. That was an important development because Northwestern quarterback Hunter Johnson, a former five-star recruit who transferred from Clemson, hasn't torched opposing secondaries yet. Johnson is still settling into the starting job. As he does, the Wildcats hope he can rely on a deep stable of backs that should also include Isaiah Bowser as he returns from injury.

Northwestern faces Michigan State on Saturday. Expect it to be a low-scoring, hard-hitting game in which the teams should look a lot like each other, save for their different colors.

Illinois let a prime opportunity to climb closer to a bowl berth with its 34-31 loss to Eastern Michigan last Saturday. At 2-1 now, the Illini's path to six wins is much more difficult, as they won't be favored in many games the rest of the way. Coach Lovie Smith's seat should be really hot and may only get hotter of Illinois loses to Nebraska on Saturday in its long Big Ten game in primetime.