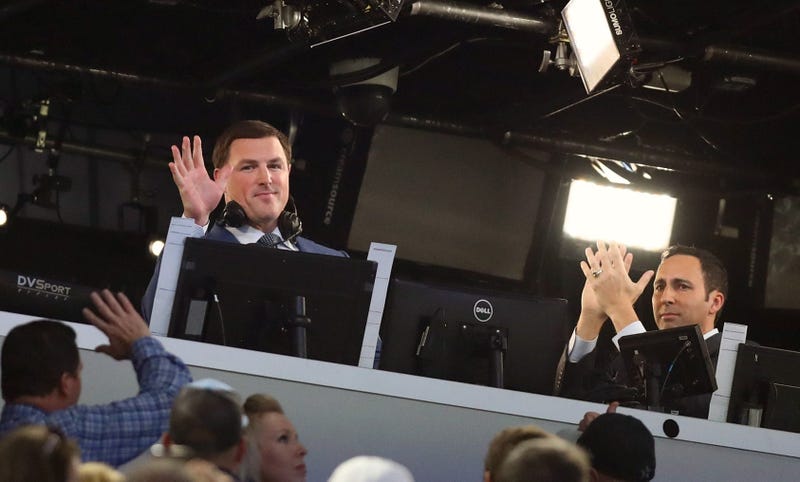 January 3, 2019 01/03/2019 8:35 pm
(670 The Score) The best part of the College Football Playoff national championship in recent years, aside from a few classic games anyway, has been ESPN’s advancement in the presentation of the event. ESPN has made the game its own, showcasing the traditional broadcast on its primary channel while also providing viewers the ability to watch the game in the background while they observe some of the well-known personalities watching and reacting to the game on other channels.My personal favorite of these different outlets has been the "Coaches Film Room," where various high-level college coaches break down the game as it unfolds. ESPN used coaches as part of its coverage in its presentation of the Cotton Bowl and Orange Bowl last weekend, but enough was enough apparently, as the championship game between Alabama and Clemson won’t have the film room option come Monday.Instead, football fans get what they clearly need no more of: the Monday Night Football crew.I don’t question that analysts Booger McFarland and Jason Witten know plenty about football. After all, they played a combined 23 seasons in the NFL and were both college stars before their lengthy professional careers. But why not put those who coached against the Crimson Tide and Tigers front and center? Why not have those who coach at the same level and have seen more of these schemes and players than NFL analysts who haven’t been around the college game all fall?Over the years, I enjoyed how we'd receive breakdowns in which coaches would highlight linemen who were tipping run or pass by their stances or how they'd discuss the importance of tempo and everything else they’ve gone over year after year. There will still be football knowledge evident with McFarland and Witten, but familiarity will be lacking.There are probably complications for ESPN, which has contracts with essentially all of major college football. It needs to please the audience and coaches at the same time. Too many Alabama- and Clemson-specific guests and you’ll get angry Big Ten and Big 12 fans, thinking their teams and conferences aren’t getting the proper respect. Too much the other way, and it loses part of the appeal.But save for its "30 for 30" series, does ESPN have a better innovation than the coaches film room in the last decade or so? I can't think of anything. The majority of viewers watched the traditional broadcast before and will continue to do so without disruption, but I’ll be one of many who will also be missing the coaches film room come Monday evening.
Nick Shepkowski is the executive producer of the McNeil & Parkins Show on 670 the Score in afternoon drive. Follow him on Twitter @Shep670.​