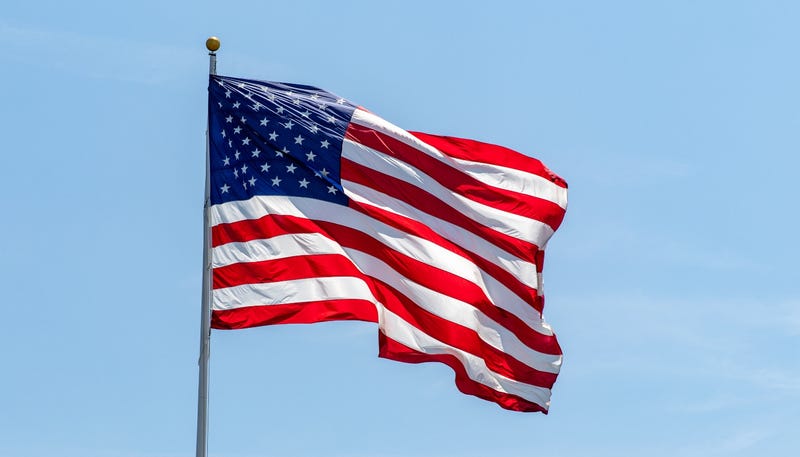 (670 The Score) Almost five decades ago, I had just started my junior year at Northern Illinois University when I was called into the office of the great Granville Price, who was the boss of the J-school.

I had no idea what he wanted. I certainly hadn’t acted the fool I usually was, but then we were only three weeks into the first semester. So what did he want?

He greeted me cordially, something I wasn’t exactly used to from a variety of teachers over the years. The wizened Price didn’t waste a bit of time, asking if I liked politics. That was a new one. I had never been asked that before, nor since. So my answer was easy.

No, I told him. Not in the least, noting I was far more intrigued by the collapse of the ‘69 Cubs than I was by the 1968 Presidential election.

But I had to know. Why did he ask?

“Because the one thing I’ve picked up in our short acquaintance is that you are very opinionated about almost everything, and I mean everything," Price said. "I was just wondering because a lot of time that falls back to politics.’’

I don’t recall my immediate reaction, but I can assure you I have an extremely low tolerance rate for roughly 99.5% of the politicians many of us have run across the over the years. I rarely trusted any of them at any point of my life, and that certainly hasn’t changed.

The tribalism of it all may have entertained political pundits across the board at one time,  but today it has become a stain on our democracy that somehow goes perfectly with the smell of rotting flesh.

With a tumultuous 2020 behind us, a year ruled by political statements of all sorts from both sides of the aisle and well beyond,  the early days of this year have been even worse for the ground we once hallowed.

The Jan. 6 attack on the Capitol building by a raging pack of zombies was frightening to my very core. So was hearing them telling police they were sent by “your boss,’’ President Donald Trump. While people scrambled for more help, the cartoon characters insisted they were looking for that traitor Mike Pence to administer some authentic frontier justice in whatever universe they thought they were in. They were also interested in finding House Speaker Nancy Pelosi.
I’m sure that telling the zombies she’s not there probably wouldn’t have worked either.

I thought I had experienced enough during my 70-plus years on the planet that I'd most likely be immune to anything. Not to this. Not by a long shot. I’ve never been known to wave around my Lars Daley’s America First flag, but I certainly have long held to the ideals of this country. Sadly, they’re not imbecile proof.

At a time when we’ve never had more information at our fingertips, way too many Americans have chosen to believe the words of a completely self-centered president, who shouldn’t be trusted to run an ant farm, let alone this country.

The one thing you learned from sports over the years is that bad losers, no matter the sport, are basically loathed. I was no doubt a bad loser over my early life. The thought of losing at anything repulsed me. So I speak from experience.

It took me more time than it should have to learn that no one wants to hear that crap. Unless, of course, your sole aim in life to to be known as an over-inflated wind bag who couldn’t handle the truth. Thanks, Jack Nicholson. I needed that.

Trump’s repeated claims that the election was fixed should've been fodder for his idiotic family, not fuel for his cult following.

I actually don’t know which is worse -- that he repeated that mantra before and after an election or that so many took it to heart without a hint of any proof at any time. I’m still waiting for one iota of fact to come out. Nothing backs any of it, unless you have one vivid imagination and a brain that stopped functioning a decade ago. Or that you’re clinically brain dead. Sadly, there’s no third choice.

And for those screaming that I’m just another left wing jerk yelling at the top of lungs, think again. I have no particular love for Joe Biden. I read the other day that he was hiding in his basement most of the time during the election buildup.
That’s kind of what I thought too. And that’s actually a big improvement since his days sniffing women’s hair while on a podium. That was one of the creepiest things I’d ever seen any politician do, particularly from a guy second-in-command,

I’m still waiting for an explanation that makes any sense. I know it will never come.

The last thing on my list is simple. I want to return to the days when being an American was something special. I really do. This whole Yugoslavian thing doesn’t get it done for me.

Terry Boers was a Score original and longtime host who retired in 2017.