If you're experiencing fatigue from the debate about whether Michael Jordan or LeBron James is the greatest basketball player of all time, you're not alone. But for those of you who are continually interested in one of the most heated arguments in all of sports, James capturing his fourth title with his third different team when he led the Lakers to the championship Sunday added some more fuel to the fire.

His words, not mine.

"I've got bad news for LeBron James, and consider yourself disrespected, because you will never be my No. 1," Smith said on ESPN's "Get Up" following the Lakers' championship victory. "He will be No. 2, but not my No. 1. It will never be universal, because as long as I'm living and breathing — I've got breath in my body and I got a voice and I got vocal cords — you will hear me say LeBron James is no Michael Jordan. Period."

After co-host Mike Greenberg confirmed with Smith that there was nothing James could do to surpass Jordan, the outspoken personality came back with a snarky response.

"There is one thing he can do," Smith said. "Erase the six NBA Finals losses."

While it's true that Jordan doesn't have any NBA Finals losses in his six trips to the biggest stage, it's also true that he failed to reach the Finals in many seasons in which the Bulls did reach the playoffs, including consecutive Eastern Conference Finals losses to the Pistons in 1989 and 1990. That makes for six trips to the Finals in 13 postseason berths for Jordan. On the other hand, James has made it to 10 NBA Finals in his 14 playoff runs and is one of only four players in NBA history with double-digit Finals appearances. (Bill Russell, Sam Jones and Kareem Abdul-Jabbar are the other three.)

Fun fact: Jerry West is right below James on the list of Finals appearances with nine, but the man depicted in the NBA logo has only one ring. So Smith probably doesn't consider him anywhere near the top of the list of GOAT candidates.

This then becomes one of the many dynamic layers of the Jordan-James GOAT debate, one that will likely never have a definitive answer and probably should never come to a definitive answer. Does that make it any less compelling an argument to have? Absolutely not. 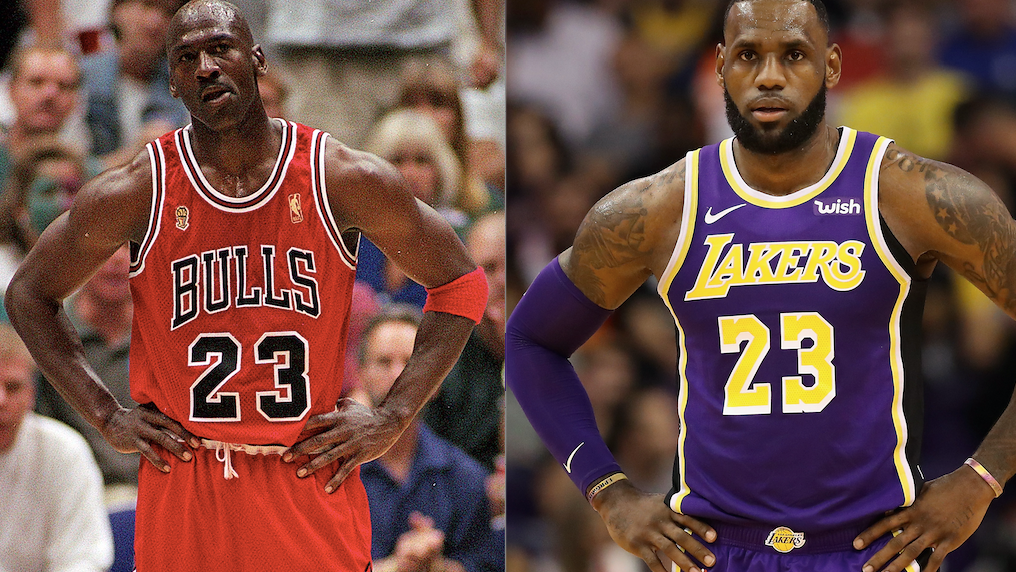 MJ vs. LeBron: Where do NBA players stand in the GOAT debate?