Though running backs and receivers mostly dodged the injury bullet in Week 5, Cowboys quarterback Dak Prescott's gruesome compound ankle fracture sent shockwaves through the NFL universe and sidelined the leading fantasy football scorer for the rest of the season. That will likely cause Prescott owners to scour the waiver wire in an effort to either find a permanent replacement or a Week 6 streaming option, and we're here to help.

The season is well underway, and early season waiver wire pickups may have dictated how your team has done. But midseason and late-season pickups can be just as important, so be sure to stay sharp and look out for the names below.

The below players are owned in less than 50% of Yahoo! and ESPN fantasy football leagues ... sorry Gardner Minshew and Chase Edmonds. Of course, if they're available, you should pick them up without much debate. 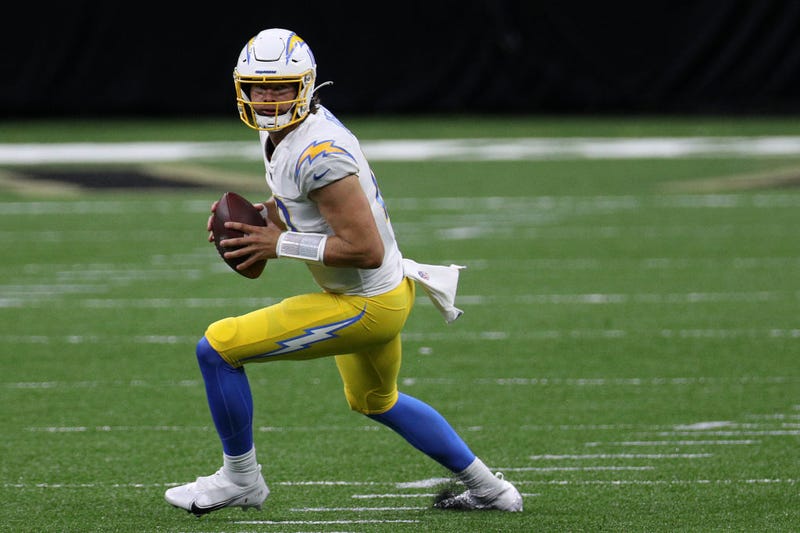 Technically, Herbert shouldn't count on this list due to an ownership in Yahoo! that's 1% too high. However, he's too good not to consider here, especially with the injury to Prescott putting a damper on many fantasy players' seasons.

Herbert had four touchdown passes against the Saints on Monday night, making big plays all over the field and building off a strong Week 4 showing in which he threw for 290 yards and three touchdowns. Though a Week 6 bye means you can't use him right away, Herbert will be useful with several appetizing matchups ahead, including the Jaguars, Raiders, Dolphins and Jets within his next five games. 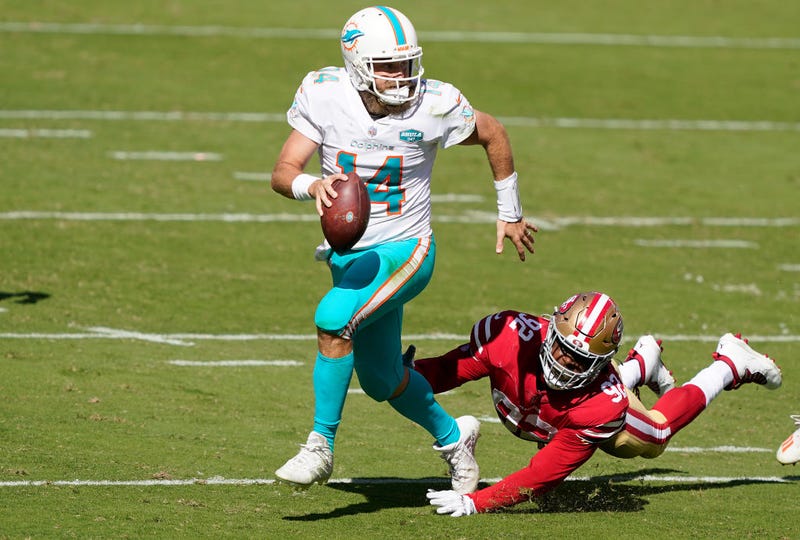 The veteran Fitzpatrick has recorded at least 23 fantasy points in each of the last four weeks, proving that A) he still has a big arm and a gutsy approach to the game that makes him a startable option and B) the Dolphins continue to lean on him as their offensive leader. A matchup against the abysmal Jets this Sunday after the league rearranged the schedule makes Fitzpatrick an attractive streaming candidate, and he holds value as someone to hold on to when more attractive matchups present themselves down the road. 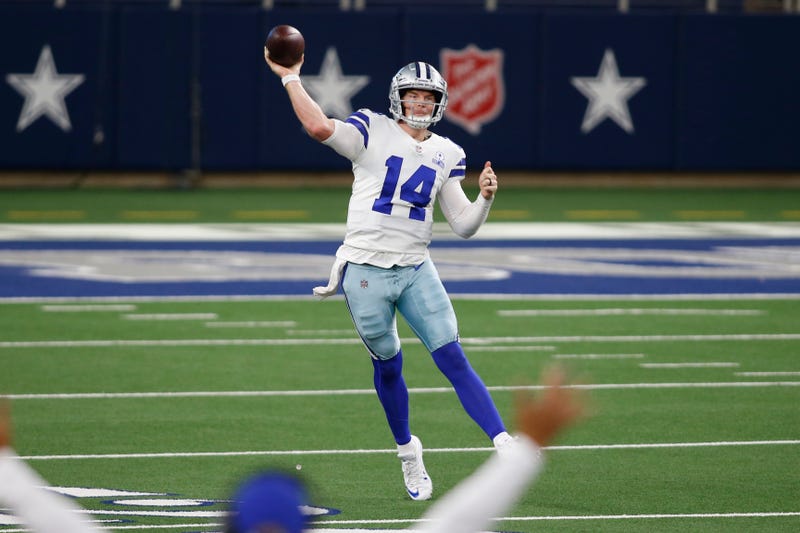 While Dalton won't put up the record-breaking type numbers that Prescott was, he's no slouch. The Cowboys signed him last offseason because of his experience as a starter and his proven ability to win.

Dalton makes sense as a Prescott replacement. He won't be as matchup-proof, but you don't need to worry about that in the coming weeks contests looming against the Cardinals, the Eagles and the Washington Football Team. All feature question marks in the secondary. The weak Dallas defense also means that Dalton will likely have to throw a good amount as each game has shootout potential. 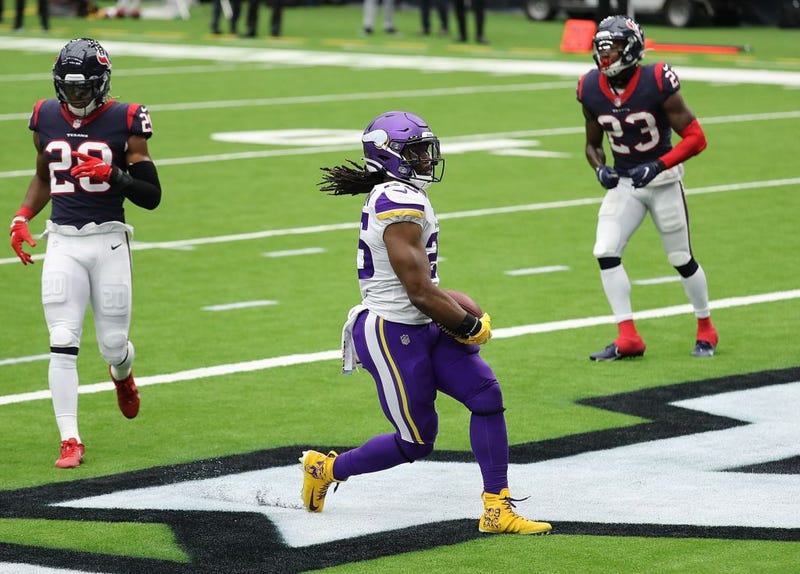 After Dalvin Cook looked as healthy as ever earlier in the season and shouldered the load in Minnesota, some fantasy owners may have let go of Mattison as they looked to flashier options like Mike Davis or Devonta Freeman.

Now, Mattison is the flashier option, as Cook has been sidelined by a groin injury. An MRI will reveal the full scope of his injury and its severity, but with a bye week coming in Week 7, the likely outcome may be that Cook misses out on a great matchup against the Falcons this Sunday. A one-week stint for Mattison as a top-tier starter is more than worth a pickup if you need running back help. 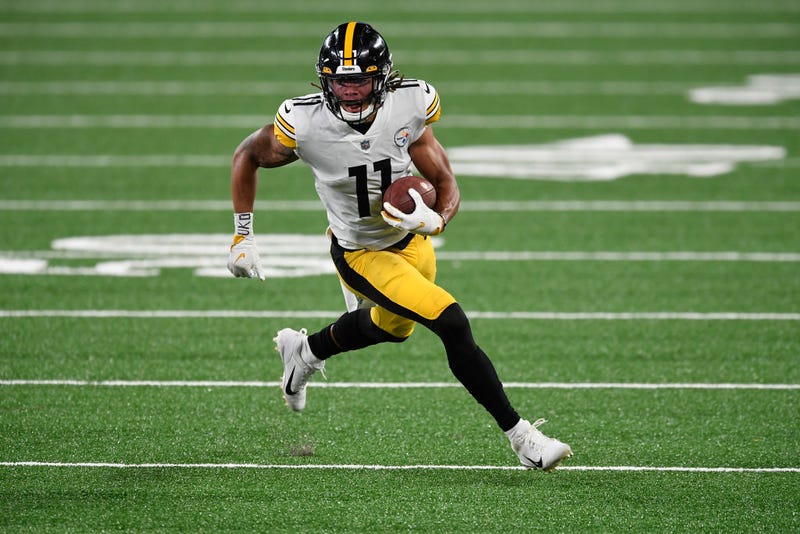 In case you haven't heard, Chase Claypool had a pretty good Sunday, scoring four touchdowns. His workload increased in part because Diontae Johnson, who had become a huge target hog for Ben Roethlisberger, was injured and left the game early. Still, this type of explosion from Claypool showed he's a legitimate threat.

He'll undoubtedly be a hot commodity, so expect other teams to be on the lookout and use a lot of their FAAB. Depending on Johnson's status, his case as a strong pickup becomes even stronger. 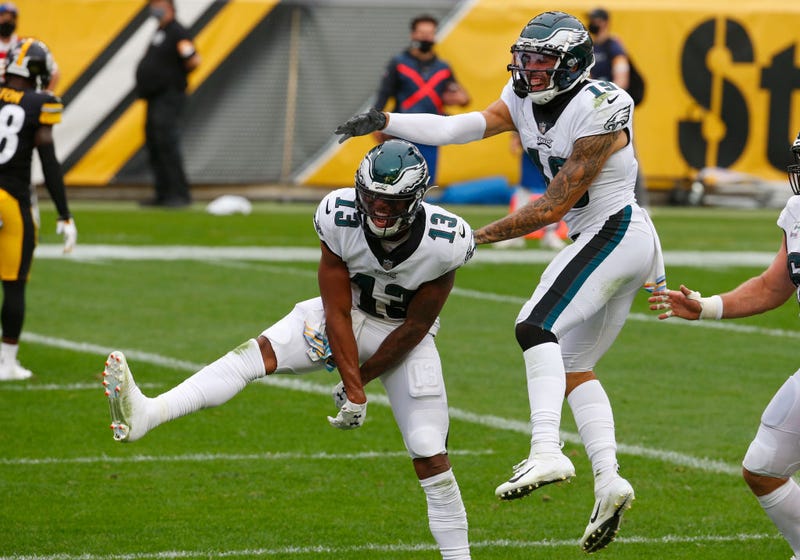 Last week, my RADIO.COM Sports Fantasy Football Show co-host Stephen Andress kicked off the show with this rather poignant statement: "Who the eff is Travis Fulgham?"

We found out more about that answer Sunday after he eviscerated the Steelers secondary -- not exactly a shoddy group -- to the tune of 10 catches, 152 yards and a touchdown. With injuries to Jalen Reagor, DeSean Jackson, Dallas Goedert and Alshon Jeffery continuing to leave the Eagles receiving corps shallow, there's no reason to expect that Fulgham's massive performance would be an anomaly. It's hard to imagine Wentz targeting a receiver 13 times one week and then abandoning him the next.

If I had to choose between Claypool and Fulgham as my priority waiver wire pickup, I'd probably go Claypool. However, I could easily see his explosive week as more anomalous than Fulgham's. 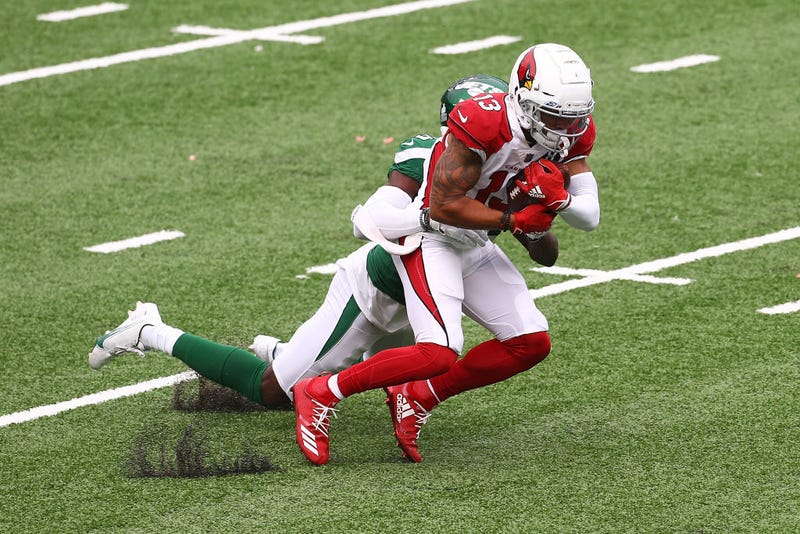 The Cardinals' second-leading receiver in 2019 (68 catches, 709 yards) remains the second receiver in line in 2020, though the WR1 has changed from Larry Fitzgerald to DeAndre Hopkins.

Kirk hauled in five of seven targets for 78 yards against the Jets on Sunday, and a tasty matchup against the vulnerable Dallas Cowboys in Week 6 makes him a plug-and-play option who has 100-yard upside. Week 7 and Week 9 also feature good matchups -- the Seahawks and Dolphins, respectively -- making Kirk a solid option going forward, especially if his role continues to grow over Andy Isabella and other receivers. 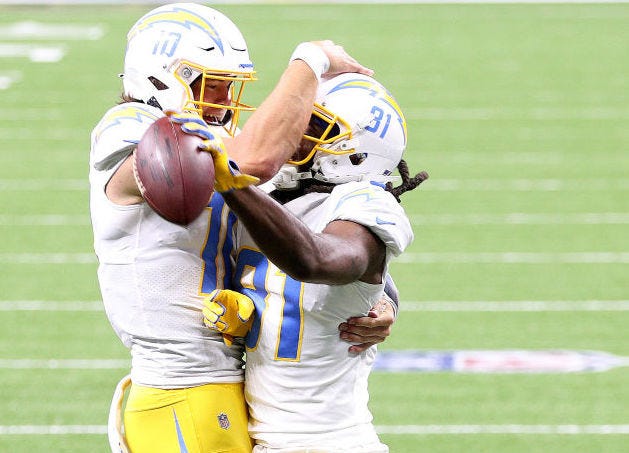 An injury to Keenan Allen thrust Mike Williams into the spotlight for the remainder of the Chargers-Saints thriller Monday night.

Mike Williams down the sideline for 64 yards!

Herbert's fourth TD of the night puts the @Chargers up by 7. #BoltUp

With Herbert proving to put up better fantasy football numbers -- not only for himself, but for his receivers -- than Tyrod Taylor was, Williams is worth owning regardless of Allen's injury status. If Allen does miss time, Williams can be used as a high-floor, high-ceiling WR2. 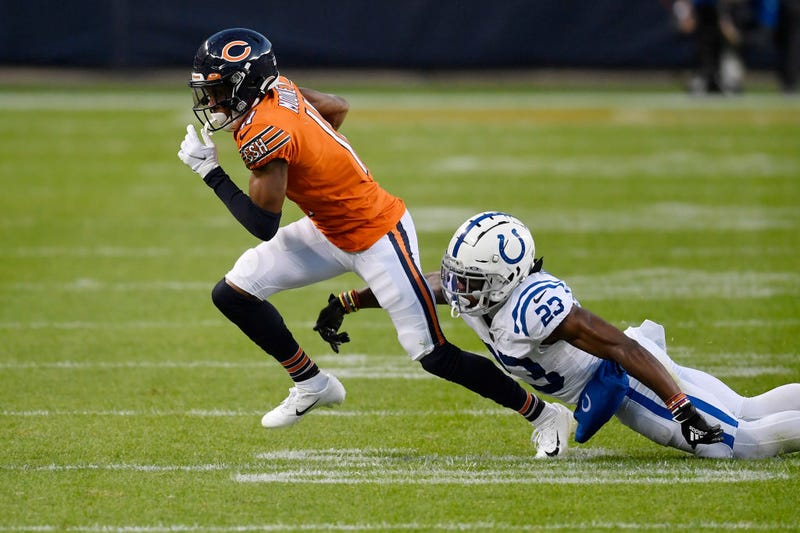 Mooney seems to be climbing the depth chart each game and could continue to take on a bigger role, especially if Anthony Miller continues to be inconsistent.