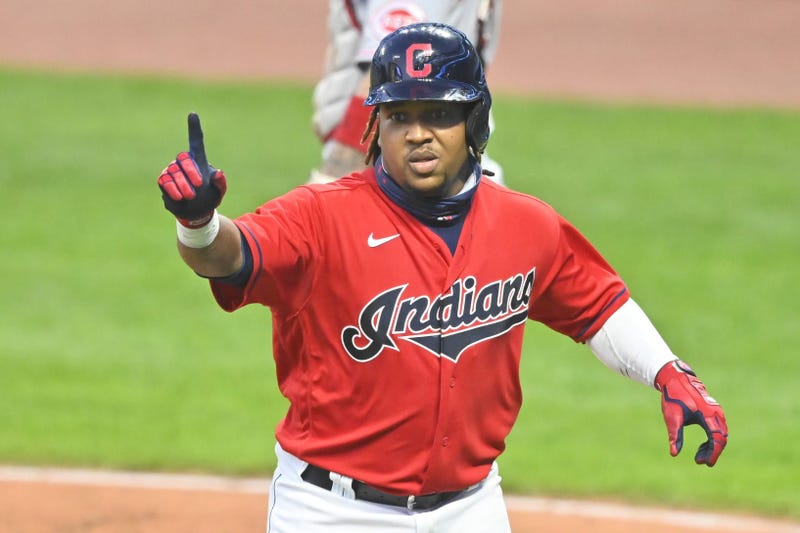 Ramírez hit a solo drive batting from the left side against Luis Castillo in the first inning. He connected again during Cleveland’s 10-run seventh, belting a two-run drive off left-hander Cody Reed.

Ramírez also homered from both sides of the plate during a 9-2 victory over Kansas City on July 26. According to STATS, he is the first player in major league history to accomplish the feat twice within his team’s first 15 games of the season.

Carlos Carrasco (2-1) allowed one hit over six innings — equaling his longest outing since returning from chronic myeloid leukemia last Sept. 1 — and combined with three relievers to blank Cincinnati for the second night in a row.

The Reds failed to score in the final 23 innings of the home-and-home series, only managing two hits by Jesse Winker and a Shogo Akiyama single in the finale at Progressive Field.

The Indians were without manager Terry Francona for the fifth straight game because of a gastrointestinal problem that he has experienced for months. First base coach Sandy Alomar Jr. filled in for the 61-year-old Francona, who will not travel with the team to Chicago.

César Hernández had the big blow in the seventh, clearing the bases with a three-run double. Franmil Reyes had a two-run single, helping Cleveland reach double-digits in an inning for the first time since Sept. 28, 2018, at Kansas City.

Reds infielder Matt Davidson pitched the ninth, giving up one hit, in his fourth career appearance on the mound.

Cincinnati manager David Bell was ejected by home plate umpire Jerry Meals in the sixth after Winker was called out on a third strike to end the inning.

Ramirez also had an RBI triple in the third. He scored four times and was named the MVP of the annual Ohio Cup series.

Reds right-hander José De León issued three bases-loaded walks in the seventh, mere hours after being promoted from the taxi squad. He is wearing No. 87 because his birthday is Aug. 7.

Once a top-tier Dodgers prospect, the 27-year-old had only appeared in three games in the majors since undergoing Tommy John surgery in 2018.

Reds: 2B Mike Moustakas (left quadriceps bruise) missed his second game in a row after being injured Tuesday against Cleveland. Bell is confident Moustakas will return to action over the weekend.

Indians: OF Delino DeShields (coronavirus) was reinstated from the injured list and made his season debut, batting ninth and playing center. His father, Delino Sr., is Cincinnati’s first base coach.

Reds: RHP Trevor Bauer (1-0, 0.68 ERA) starts the opener of a three-game series in Milwaukee. The National League ERA leader tossed a two-hit shutout over seven innings Sunday during a doubleheader at Detroit.