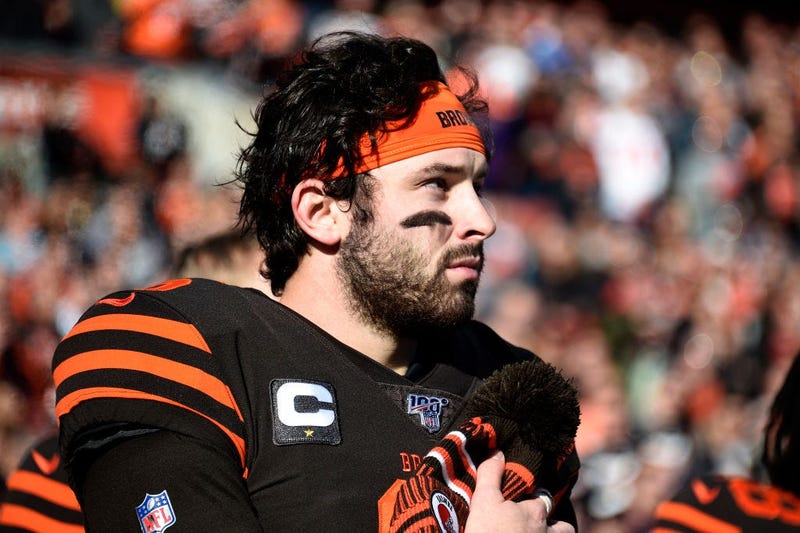 Tributes to the 18-time NBA All Star and five-time NBA champion have lit up social media, including from Browns quarterback Baker Mayfield and some of his teammates.

Mayfield posted a statement in tribute to Bryant on his official Instagram account that took up two slides.

“Today is one of the saddest of my life,” Mayfield wrote. “Kobe Bryant was my idol. His mentality and drive were unmatched. His approach to sports and really everything in his life are what I’ve strived to accomplish and what I still hope to accomplish. I had the pleasure of hearing him speak to our team in Denver in 2018 and I still go back to his inspirational words when I’m preparing to take the field.

“My first business acquisition was because of him. His approach was unmatched. He never took ‘No’ for an answer. He’ll be remembered as one of the greatest ever on the court but let’s not forget he was a Dad, a husband, a hero, and a human. My heart truly hurts because he is a family man. Rest in Peace Mamba. Forever my idol, and forever my hero. God bless. #8/24.”

His legacy was not only left in his family, but in ther hearts and minds of all of us who were blessed to be able to watch him grow as a man and a basketball player. Thank you KB, every second of yours was truly a gift. pic.twitter.com/L4ux6qH6GU

Words are not enough to express our sadness. Monique and I send our deepest condolences to the Bryant family and the families of those on board. An unspeakable tragedy...
A post shared by Jim Brown (@jimbrown) on Jan 26, 2020 at 4:46pm PST
As Mayfield mentioned, Bryant spoke to the Browns during a team meeting in Denver on Dec. 14, 2018, the eve of a 17-16 win over the Broncos. It was the first victory for the Browns in Denver since 1990. Mayfield completed 18 of 31 passes for 188 yards with two touchdowns and an interception in the victory.

Tonight we mourn the loss of a legend in Kobe Bryant and his daughter, Gianna.Our players were touched, inspired and appreciative of the wisdom he shared with us in Dec. of 2018. Our deepest sympathy and condolences go out to the victims of today’s tragedy and their families. pic.twitter.com/AI0sOm1OWI

Here's a look at how some other players responded Sunday.

The whole world hurt after this one. -- Felt like Kobe touched every last one of us. --

Crazy. Can’t even fathom. Rest In Peace to an a Icon. Prayers out to his family

We love you Kobe!