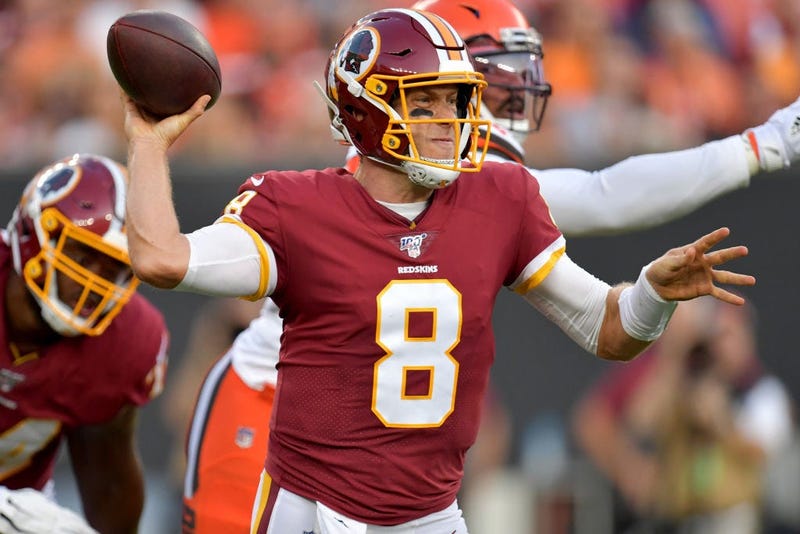 The Browns didn’t sign him to a three-year, $18 million deal to start.

His job is to support Baker Mayfield, and be ready at a moment’s notice, if needed.

“I have come into situations where there is a competition, and I know this is not one,” Keenum said Wednesday on a conference call with Cleveland reporters. “We knew finding a situation where there was an attractive backup job was going to be kind of our priority, and we did that with the Browns. It worked out perfectly that the Browns were looking at me, and we had the Browns highlighted, as well. No, I know coming in what my role is and that is nice.”

Keenum, who has 62 starts under his belt, has been around the block.

The Browns are his seventh team in 10 years and fourth in as many, a trend he aimed to slow this offseason wherever he landed.

“We are kind of used to moving right now. It will be nice not to get used to moving again,” Keenum said. “That was one of the things we looked at with our agent. We said, ‘Hey, where can we put down some roots and make this thing a little more permanent?

“I have been a captain on the past four teams I have been on. The leadership and the relationships you build, those will never go away and I have some great relationships with some guys, coaches and players across the league. To be able to have it in one place and be a part of something that they are building and doing here for more than one year, I am truly excited. My wife is really excited. I can’t wait.”

Mayfield was the first player Keenum heard from after the news broke that he was joining the Browns.

“It meant a lot to me. It really did,” Keenum said. “I know this league is a revolving door in some ways and a lot of ways. He has had it tough. He has gone through two or three offensive coordinators by now and two or three offenses in as many years. It is not that easy. He is finding that out. I have been in about eight or nine offenses in eight or nine years. I understand. I know how that goes. I am excited to help him navigate that and give my two cents wherever it might be needed.”

"First of all, I'm going to be ready to play. That’s my job. I feel I can play at a high level. I feel I have played at a high level over the last few years. It may not have shown in some of the wins and losses, but this league is tough.

“I feel like my trend has gone up in the way I've handled games. If Baker's shoelace comes untied and he needs to maybe go get a drink of Gatorade at the water station, I'm going to be ready to go.”

His best season came working with head coach Kevin Stefanski in Minnesota during the 2017 season where he completed a career-best 67% of his passes for 3,547 yards, 22 touchdowns and seven interceptions.

“That is one of those things that really attracted me to the Browns was looking up and down the coaching staff, I have a past relationship with 80 percent of them, and the other 20 percent have a great reputation and I wanted to work with guys like that,” Keenum said. “Being in situations where it has been tough years and different things have happened, and it has just been a tough work environment, I am excited to go to work with people I am really excited to be around every day.”