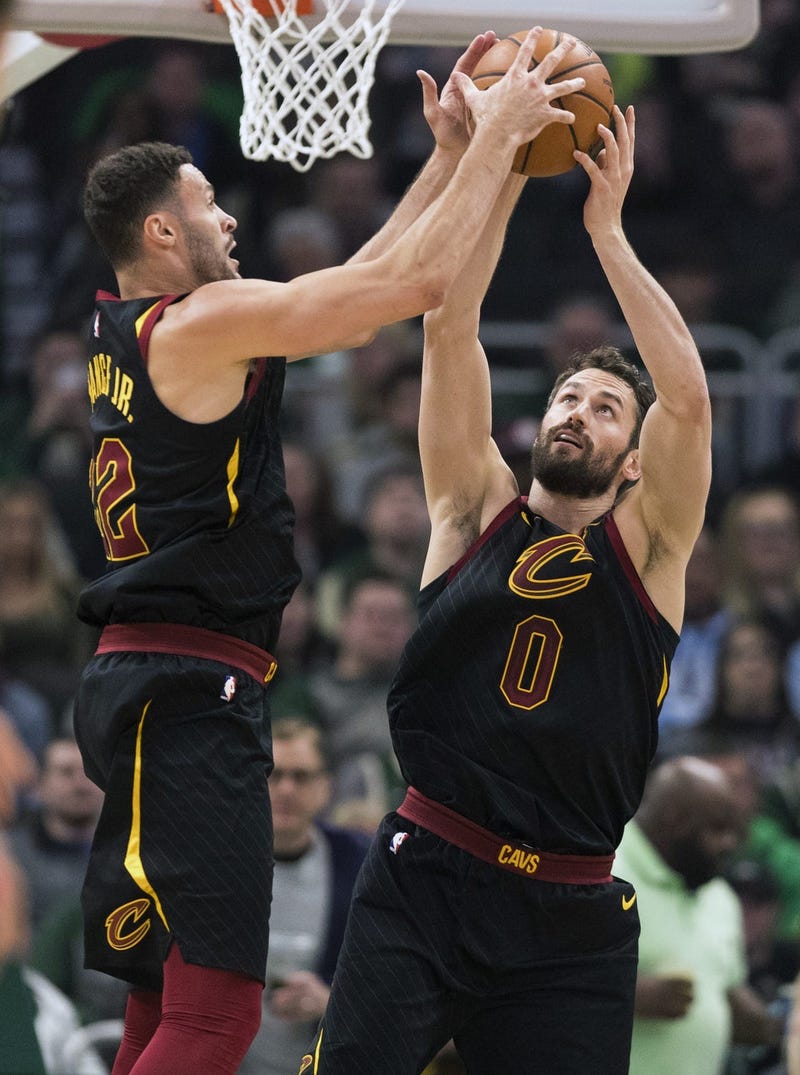 October 19, 2019 10/19/2019 9:07 pm
Independence (92.3 The Fan) - When training camp started this offseason for the Cavaliers, Kevin Love was pleased to find himself exclusively running the 4 and not having to muscle up with the big boys at center. Fast forward to the weekend before the Cavaliers' season opener with Orlando and Love once again is running sets at 5 due to an injury depleted Cleveland front court.

Although it's not his favorite position on the floor, Love has somewhat settled in at the 5 as the Cavs get ready for the Magic Wednesday in Orlando.

“Obviously it’s a different dynamic and even a little bit of a different role in this offense," said Love. "A lot of new faces, obviously when we have Darius and Collin in at the same time we’re gonna be able to really play fast but we’re gonna need to space those 5 men out to keep them away from the basket so they can make plays in there.”

Despite giving up a few inches and well more than a few pounds to most big men in the NBA, Love says he still can get in the flow down low.

“Whether it’s like-size or mismatch, put me in the post, get me on either block and go to work and I look forward to that.”

Coach John Beilein has definitely seen some growing pains in his first camp with Cleveland as the team looks to drastically improve a defense that was historically bad last season,

Beilein has also seen some foundation being laid as the Cavs get ready for an Orlando team coming off their first playoff berth since 2012.

"That’s always going to be a work in progress all season long but it really made a big difference that we had some connective guys that are getting a better feel for what we want to do both on the offensive and defensive end," said Beilein.

The man in charge of that defensive project is former Grizzlies head coach, and now top Cavaliers assistant, JB Bickerstaff. According to Beilein, if anyone is going to orchestrate a turnaround of the Cavaliers defense, it's JB.

“When I decided to take this job, I knew ‘I gotta get a guy that really knows the NBA, that can really steer me onto the most important points that we had to have in the preseason,'" said Beilein. "We were so basic at the beginning that anybody could stand, see your man, see the ball, doing all those things. Now all the things, NBA action, college action, we have to be together on the plan. A lot of ways to do it but JB’s really helping that and I have 100% trust in him.”

Bickerstaff doesn't just have Coach Beilein's support, veterans like Love have already seen how JB is working towards shutting down the opponent's offense.

“Sometimes you have to take a step back before you can move forward, I think just simplifying things and also getting guys more reps," said Love. "I think anytime you get through the preseason, you finally get your roster set, you make yourself that 1% better because you know who you have. JB’s been in this league a long time and seen everything from slowing it down and throwing it into the post to the Warriors and Houston, that pace and space so it’ll be interesting to see how we do on that end.”

The Cavs will likely have three big men in the rotation Wednesday night (who can't even legally drink), so Love has offered some advice for the youngsters before tipping off another season of Cavaliers basketball.

“Soak it all up but make sure you calm yourself down, get your routine, routine is very keen and just continue to watch a lot of film," said Love. "I think film doesn’t lie, it’ll tell you a lot of your mistakes, a lot things you can develop and work on, These guys, especially with Coach, they’re absorbing it, they’re picking it up, they’re really receptive to the his qualities that he’s adjusted but also the one’s that are old school that are bringing the guys along, even us veterans, a lot faster.”

Although they tip off against the Magic, Coach Beilein can expect wins to come from within the team, not just on the floor.

“One of our key words that they’ve pick is together all year long, I want to see that, that all the time, that mindset," said Beilein. "We’re practicing together, we’re sprinting the floor together back on defense, we’re talking together, holding each other accountable together, all those things. We can learn those things while day-to-day we’ll have a team with more healthy bodies that we can develop their synergy together and improve together.”