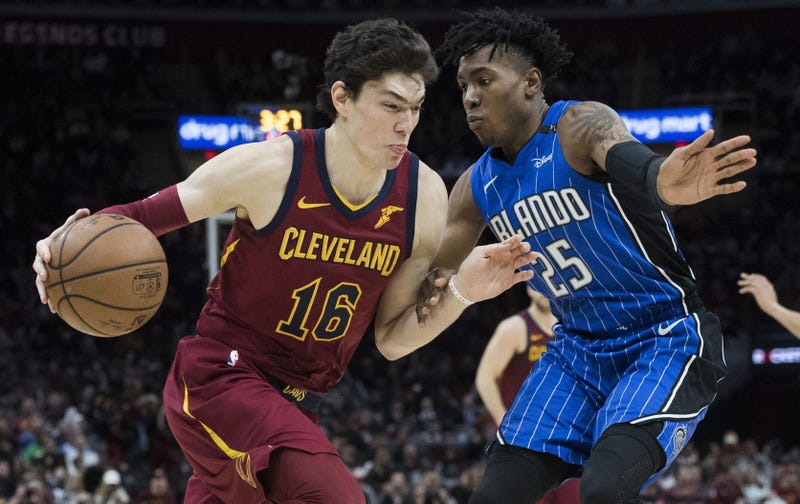 “It’s really great. I always viewed Cleveland as my home,” he said. “It’s a great opportunity for myself to grow and to learn.”

Osman, 24, averaged 13 points and 4.7 rebounds per game last season. The third-year pro is grateful to be a part of the Cavaliers for the foreseeable future. He said he always wanted to remain in Cleveland and was hoping to get a deal done.

“I just really wanted to stay where I belong,” Osman said. “I love being here. I love the organization. We have a great brotherhood.”

He’s shown improvement in each of his three seasons with the Cavaliers. He was on the 2018 NBA Finals team. He worked hard and earned the respect of his teammates, including LeBron James. Hard work, listening and improving are all attributes that this young, rebuilding Cavaliers team needs if they’re going to be successful.

How is Osman different from the 22-year-old rookie that joined the Cavaliers in 2017?

“[I’m] More mature,” he said. “I want to prove that I can be better and better. I really believe I have still a lot of room to improve.”

Osman says he’ll be more than willing to pickup the bill at the next team dinner, especially for his younger teammates that are still on their rookie contracts.

“The first dinner is on me, that’s for sure,” he said with a smile.

The Cavaliers play their first home game of the season on Saturday night at Rocket Mortgage Fieldhouse against the Pacers. Both teams are looking for their first win.

Kevin Love played 20 of the 24 first half minutes in Wednesday’s opener against the Magic. John Beilein wants to rely on the five-time All-Star, but admitted he didn’t want Love to play that many minutes moving forward.

The Cavaliers will wear their ‘Classic Edition’ uniforms against the Pacers. Check them out here.