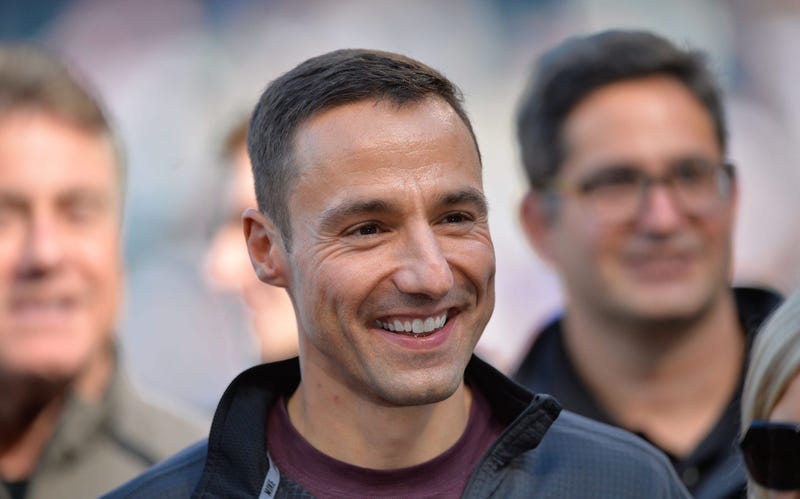 January 25, 2019 01/25/2019 3:23 pm
Cleveland, OH (92.3 The Fan) – The Indians have had a busy offseason. They traded talented players like Yan Gomes, Edwin Encarnacion and Yonder Alonso. They declined Michael Brantley’s option, which led to him signing with Houston. Josh Donaldson and Andrew Miller signed elsewhere. This team looks much different than in did last October. With the moves, they shed nearly $22 million in payroll for the 2019 season.
“We’re in a manageable spot now,” President Chris Antonetti said on MLB Network Radio. “At the outset of the offseason, the path we were on wasn’t okay. Just to give you context, the team that we finished the season with last year would’ve cost us upwards of $215-$220 million, so we knew we were heading for an offseason of change and that we were going to have to reposition the roster. We wanted to try to do that in a really thoughtful and deliberate way where we still gave ourselves a chance to win the central in 2019 and put ourselves in a better position moving forward.”
The Indians are hoping to get younger and cheaper, but also remain competitive. That’s tough to do. They’re relying on Jake Bauers, who was acquired in the Encarnacion trade, to take a huge step forward. There’s still time to add a piece or two in free agency, but their bullpen and outfield is much worse now than it was last season.

They did keep Corey Kluber and Trevor Bauer, despite an offseason full of trade rumors about both players. Will a great rotation be enough to carry this team to a fourth-straight American League Central Division Championship?

“We feel like as we sit here today, we’re in a much better position now than at the start of the offseason.”