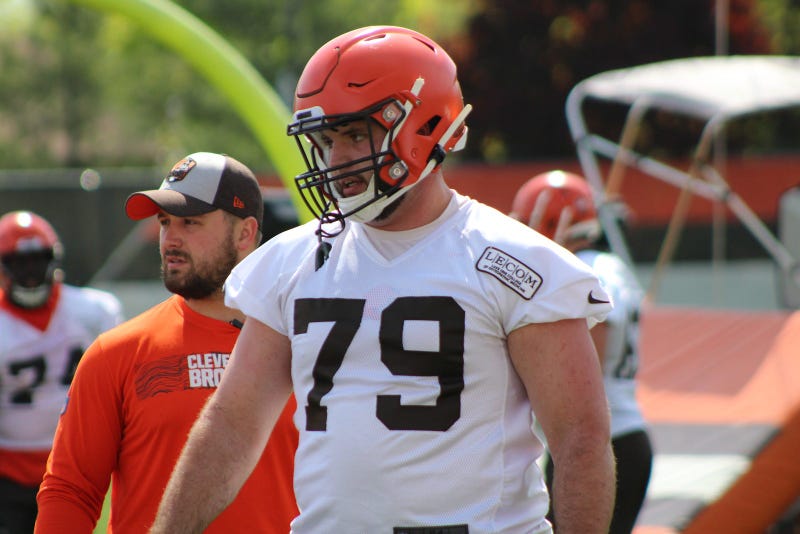 Guard Drew Forbes and tackle Drake Dorbeck were placed on the reserve/opt out list by the team on Wednesday.

Forbes was drafted in the sixth round of the 2019 NFL Draft. He was placed on injured reserve after suffering a knee injury in the preseason finale before returning and appearing in two games on the field goal protect unit in 2019.

Forbes was expected to compete for the starting right guard job during training camp.

Dorbeck was signed earlier this year as an undrafted rookie free agent out of Southern Mississippi.

Brown has appeared in 11 games over his three-year career, including seven starts, where he has caught two passes for 27 yards – both receptions coming in 2019. Cleveland signed Browns ot their practice squad in September 2018 after he was waived by the Raiders.