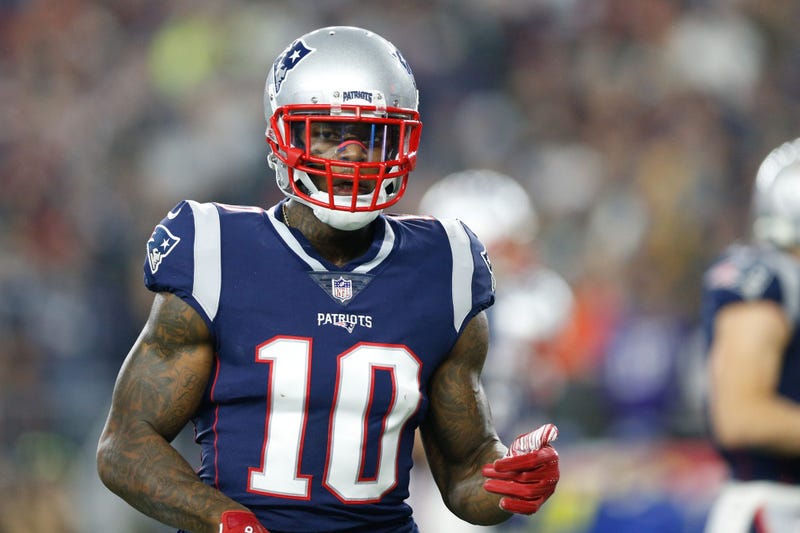 “We will wait until Sunday,” Kitchens said Wednesday.

With the vaunted Patriots defense in the offing, now might not be the best time to even make a change, but that is not part of Kitchens’ evaluation.

“When we make changes, it is more about us than it is about them. I would say that part of it does not matter,” Kitchens said.

There is an argument to be made, despite the need for improvement, that the line isn’t playing as bad as it is perceived.

The Browns have surrendered 16 sacks, which ranks 16th leaguewide. They’ve also allowed 22 QB hits, which is tied with Baltimore for the second fewest allowed in the league to date. For some perspective, Oakland and Pittsburgh have allowed the fewest – 13, while the Dolphins and Giants have allowed the most – 54.

Cleveland ranks second in the NFL in average yards per carry at 5.3. Only the Ravens average more - 5.5 – and just 4 teams (Jacksonville 5.1 and Minnesota 5.0) are averaging 5.0 or more yards per rush this season through 7 games.

“To me, it does not matter what the numbers say,” Kitchens said. “It matters about what our potential is, and potential gets you beat. I have said that since the summer. Potential, the only thing it does is it gives you the opportunity to not reach it, OK? Those numbers or making changes and all of that, that is still just potential. We could have the best guys out there, and if they are not playing to the best of their ability, that is just potential, and potential gets you beat.”

Kitchens fielded 15 questions between Monday and Wednesday about the line and possible changes following a Cleveland.com report last week that left tackle Greg Robinson would be benched.

“You guys have said that or asked me those questions,” Kitchens said. “Just because guys are taking different reps are different positions does not mean changes are being made. I just do not want you guys to get mad at me on Monday that no changes are made. ‘Oh, I thought changes were made.’ Well hell, you are the ones that said it. I did not say it.”

No reunion – Josh Gordon won’t get a chance to light up for former team, the Browns, Sunday in Foxborough.

Gordon was placed on injured reserve by the Patriots with a knee injury Wednesday.

According to multiple reports, Gordon will be waived by New England once healthy and free to sign with another team.

Ghostbuster – Jets quarterback Sam Darnold’s candid comment caught by NFL Films about “seeing ghosts” during Monday night’s 33-0 loss to the Patriots raised questions about players who get mic’d up during games.

NFL Films crews use editorial discretion to ensure nothing airs that can affect a team’s strategic advantage or compromises a player negatively.

“I do not want our players to ever seem like they are in a bad light, but I also want them to be themselves,” Kitchens said. “You hope that they make good decisions. As far as what they say on the field, that is a whole another discussion about cameras, microphones and stuff like that. It is probably not the time or place to have that conversation.”

The question about Darnold’s candid comment being broadcast during Monday Night Football prompted another humorous trip down memory lane for Kitchens.

“Let me tell you about quarterbacks in the National Football League, they usually do not end up coaches. If they were any good at all, they probably are not coaches,” Kitchens said. “I am not trying to dig anybody other than the fact that I was not very good so when I woke up in the morning, I usually saw ghosts. If I knew I was practicing that day – hell, ask the coaches I played for – I saw them. I do not know if it was ghosts that I was seeing, but it was something other than my receiver. Usually, I was seeing the other team’s colors because usually I threw more to them than I did mine.”

Media star – Baker Mayfield’s wife, Emily, has been hired by WKYC Studios to be a special correspondent for the station’s platforms, including Channel 3 and WKYC.com.

“She hates being live on camera so she is kind of testing herself,” Mayfield said Wednesday. “It is good for her. It challenges her, but I am waiting in the shadows. They will clip it if she messes up.”