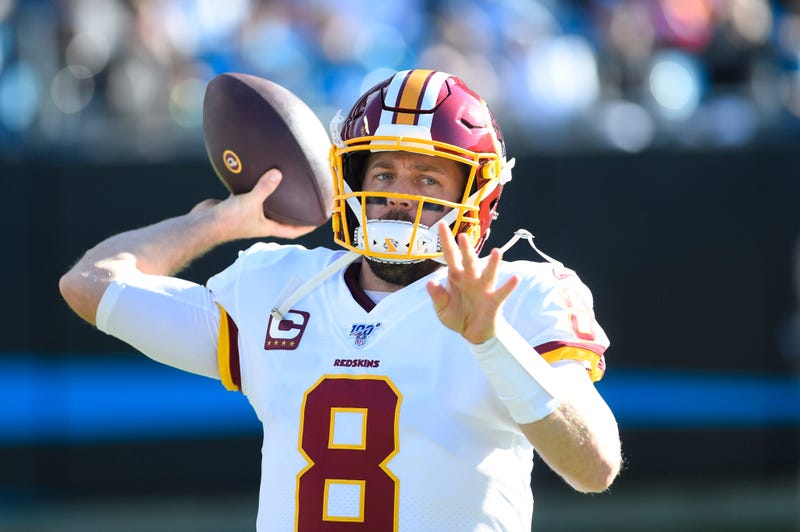 Keenum got a three-year, $18 million deal with $10 million guaranteed while Natson signed for one year and $1 million.

Keenum’s primary job is to help get Baker Mayfield back on track as the 2018 No. 1 pick enters his third season.

“Case has been a backup in this league, he's been a starter in this league. He understands as a backup how it's your job to support the starter and be ready to play in a moment's notice,” head coach Kevin Stefanski said. “Bottom line is we're adding a really smart, tough football player in that room.”

Mayfield is coming off a disappointing sophomore season that saw him complete just 59.4% of his passes with 22 touchdowns and 21 interceptions.

“Baker reached out as soon as the news broke, which really meant a lot to me,” Keenum said. “I've got a lot of respect for him for what he's done on the field and off the field, too. First and foremost, I know my role coming in. That's another great positive for me. I'm going to be ready to play. I feel like I've played at a high level for the last three years.”

Keenum started 14 games working with Stefanski in Minnesota during the 2017 season that saw him complete a career-best 67% of his passes for 3,547 yards, 22 touchdowns and seven interceptions.

The Browns are Keenum’s seventh team in nine years and he has 62 starts under his belt.

“I think Case is somebody that's seen it all and been through it all in his time as an NFL quarterback,” Stefanski said. “I think the experiences he brings can be great for our team as a whole. I think he knows this system having played in it under coach (Gary) Kubiak when he broke into the league in Houston and obviously I have experience coaching him with the Vikings. I'm really excited about bringing Case the person into this group. He's the son of a football coach, he's a grinder, he's a gym rat, so I think he'll fit perfectly into the mentality we're trying to build.”

Keenum raved about the opportunity to reunite with Stefanski in Cleveland, his first as a head coach in the NFL.

“Coach Stefanski, I can't say enough good things about him. I love him to death. Great friend, his family is incredible,” Keenum said. “I'm really, really excited he's got an opportunity to go and lead an organization as great as the Cleveland Browns. It will be his first shot as a head coach and I'm excited to be a part of what he's going to build there.”

Natson, originally signed by the Jets as an undrafted free agent in 2017, spent the last two seasons as the Rams’ primary returner in Los Angeles. He averaged 22.2 yards per kickoff return and 7.7 yards per punt return in 2019.

Olumba, an undrafted free agent in 2018, spent most of the last two seasons on the Cowboys practice squad. He appeared in one game last season for Dallas recording six snaps on special teams.