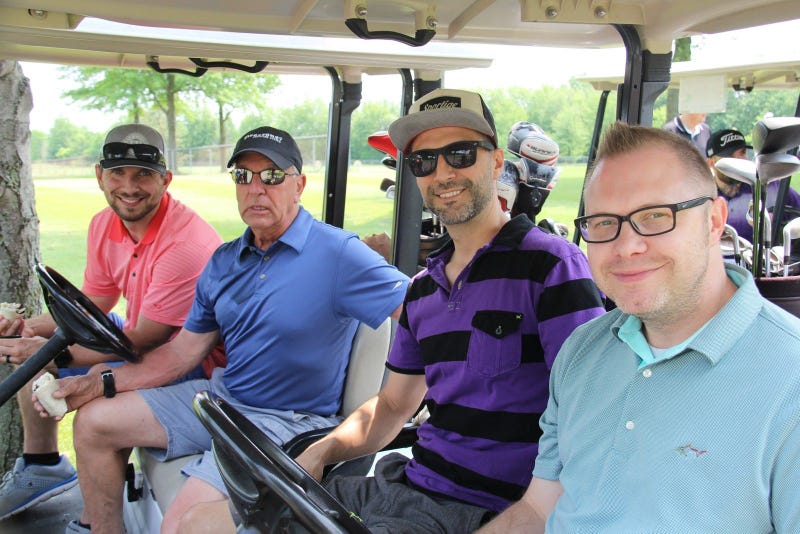 Dorsey and the Browns worked out over a dozen players Friday, including free agent cornerbacks Adam ‘Pacman’ Jones and Bashaud Breeland.

Breeland, dressed in black and white workout gear, visited with both Dorsey and head coach Hue Jackson at the outset of practice on Friday on the field.

“We have had a lot of people in and out of here,” Jackson said following practice Friday. "John [Dorsey] has done a good job that way. We have to do our due diligence on anybody that can help our football team. At the same time, they are not here so there is no point in talking about it.”

The Bengals declined to pick up the option on Jones' contract and Breeland failed a physical nullifying a 3-year, $24 million free agent deal with Carolina in March.

Jones brings a lot of baggage with him including multiple arrests, fines and suspensions throughout his 11-season career which is something Jackson says they will take into consideration.

“I feel that any player like that – and not just Adam, any player – that has had issues, I would hope and I know that we would as a group collaborate and talk about it and know what the issues are,” Jackson said. “Hopefully, there is somebody in the group that understands exactly what has gone on with the player and has some answers. Obviously, when it comes to the name you mentioned, I do. I know the player. I am sure anybody else that has been that way, we always kind of go about it that way. Then, we make a decision as a group if we can handle it or we can’t. If we can’t, we will not bring him. If we can, then we will.”

Jackson declined to discuss the possibility of adding former Cowboys receiver Dez Bryant, whose agent has had initial negotiations with the Browns on a 1-year contract according to Mary Kay Cabot of Cleveland.com.

“I do not know anything about that,” Jackson said.

Henderson is a rookie out of Texas A&M where he appeared in 45 games and totaled 111 tackles, 21.5 tackles for loss, 8.5 sacks, 2 fumble recoveries and a forced fumble. Jackson is in his fir NFL season out of Mary Hardin-Baylor. The former college quarterback threw for 4,311 yards and 49 touchdowns. He was named the most outstanding player in the 2016 Stagg Bowl after leading UMHB to the national championship.

While Jackson didn’t want to get into whether or not the Browns specifically were seeking additional help or depth at receiver or corner, it’s pretty clear that they are

“We are always looking for good players,” Jackson said. “We can’t get enough of those kind of guys, guys that can make plays with the ball. John is going to keep churning this thing as much as he can, keep finding talent and then see if it fits for us.”

music
Taylor Swift's re-recorded version of 'Love Story' soundtracks Satan and 2020's romance in new ad
music
AC/DC's Brian Johnson reveals the reason he always wears his iconic cap
music
It might not be 'Sour Candy,' but Lady Gaga is giving us ‘Chromatica’ themed Oreos
news
Man's wife sells his Playstation 5 after he lied and said it was an air purifier
music
Keke Palmer posts inspiring PCOS makeup-free acne photo: 'I know this is not me’
news
Cyber scammers target people trying to buy puppies during pandemic