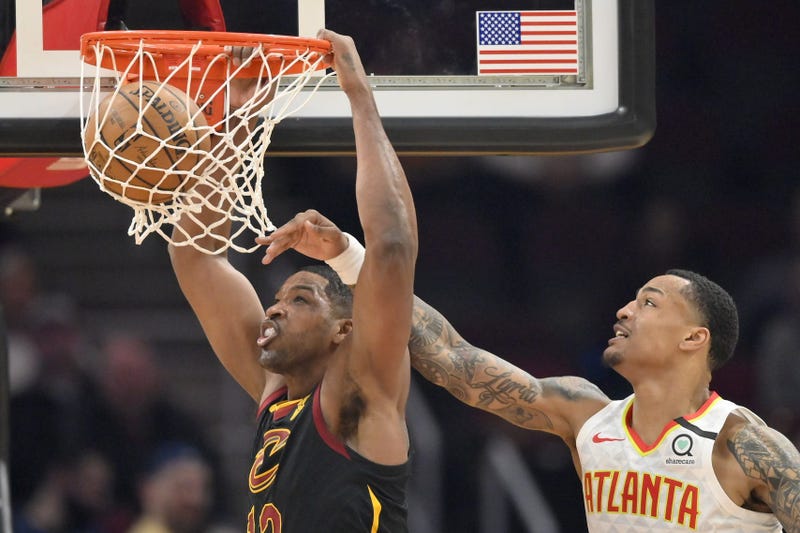 Cleveland led by as many as 23 points en route to a 127-105 victory over the Hawks. The win snapped a 12-game home losing streak for the Cavs. It was their first win at Rocket Mortgage Field since Dec. 23.

The Cavaliers played with energy and intensity, which is something that has been missing in recent weeks. Six Cavs players finished in double-digits.

Tristan Thompson led Cleveland with 27 points and 11 rebounds. The veteran big man scored 14 points in the second quarter and made two 3-points to help the Cavs take a commanding lead.

The Cavaliers were physical with Hawks All-Star Trae Young, who only scored three points in the first quarter. Ultimately, Young ended up with 27 points and 12 assists, but the young Cavs backcourt kept him in check for most of the night.

The Hawks rallied to cut the Cavaliers’ lead to nine (107-98) with 5:55 remaining, but Cedi Osman and Nance answered with back-to-back buckets.

Rookie Kevin Porter Jr. continues to be impressive coming off the bench for the Cavaliers. The 19-year-old finished with 18 points, four rebounds and three assists. Porter's lay-up with 1:55 to go gave Cleveland a 119-105 lead to put the game away.

The Cavs improve to 14-40 on the season and 7-22 at Rocket Mortgage Fieldhouse.

Kevin Love didn’t play on Wednesday night. The five-time All-Star suffered a right Achilles injury in the Cavaliers’ loss to the Clippers on Sunday. The Cavs’ medical staff believes it’s a minor injury, but didn’t want to risk it becoming a more serious issue.

Andre Drummond finished with 14 points and 15 rebounds for the Cavaliers. It was his seventh straight double-double and 44th of the season. He also had __ blocks.

Drummond’s athleticism makes a difference in the open court. He started a fast break in the second quarter that ended with a Garland-to-Nance alley-oop dunk.

This is the #Cavs play of the year. Whew---- pic.twitter.com/ukqSq2nQD2

The Cavaliers are off for the All-Star break. They don’t play again until Feb. 22 at Washington.