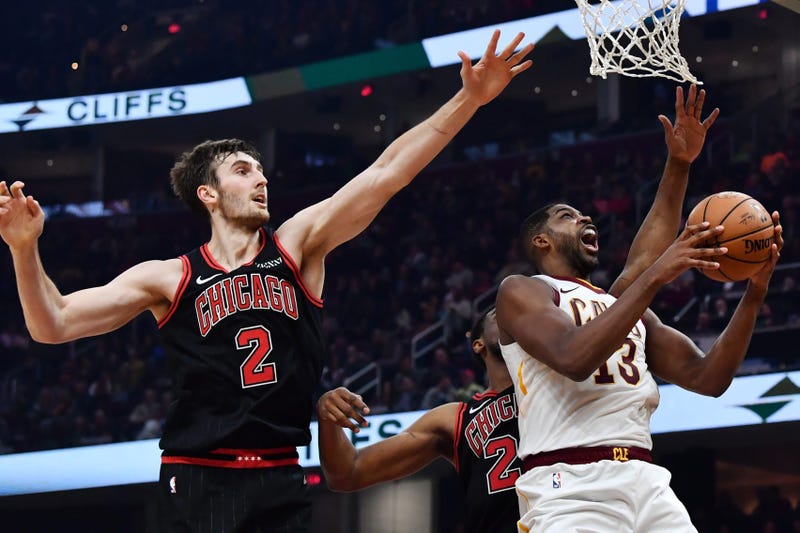 October 31, 2019 10/31/2019 1:33 am
CLEVELAND, OH – The Cavaliers and Bulls went back and forth on Wednesday night at Rocket Mortgage Fieldhouse like two heavyweights battling for the world title. Cleveland connected with a fourth quarter haymaker that was enough to propel them to a 117-111 victory.

The Cavaliers outscored the Bulls by eight (37-29) in the fourth to pick up their second win of the season. They improve to 2-2 on the year.

Tristan Thompson led the way for the Cavs, finishing with 23 points, 10 rebounds, four blocks and two assists. Thompson attacked the Bulls’ frontcourt and had success in the paint early and often.

.@RealTristan13 says I got your back, rook!TT pulls the @cavs closer in the 2nd quarter. #BeTheFight pic.twitter.com/6PGU71Posb

Kevin Love dominated the glass for the Cavaliers. He finished with 17 points, 20 rebounds and six assists.

Love and Thompson became the first Cavaliers' players since Tyrone Hill (02-03) to start a season with four straight double-doubles.

Cleveland outrebounded Chicago 47-32 and held the Bulls to 43 percent shooting from the field.

Collin Sexton finished with 18 points and Jordan Clarkson scored 17 points off the bench.

Dylan Windler continues to make progress after missing all of training camp with a left tibial stress reaction.

"All the reports are good," John Beilein said. "We hope to be able to ramp it up now over the next days and weeks and get him back in the lineup soon.”

The Cavaliers hit the road to play the Pacers on Friday night. They’ll return home on Sunday to host the Mavericks at Rocket Mortgage Fieldhouse.