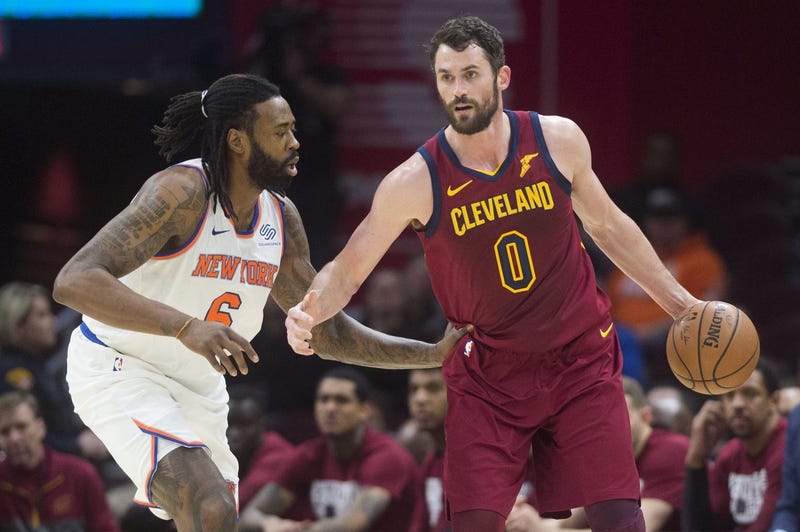 It was Kevin Love's first game at Quicken Loans Arena since returning from toe surgery. He finished with 14 points and nine rebounds in 16 minutes. He didn't play in the second half.

"It felt pretty good to get out there and feel like I got in some sort of a rhythm," Love said after the game. "I enjoyed tonight, especially being back home."

The #Cavs show Kevin Love some love in his first game at The Q since October. pic.twitter.com/eIjrCaHGn6

It was a total team effort by the Cavaliers, who improve to 12-45 on the season. They led by as many as 17 points and held on in the fourth quarter to secure the victory. Larry Nance Jr. had his sixth double-double in a row, finishing with 15 points and 16 rebounds. Rookie Collin Sexton had 20 points, including the first dunk of his NBA career.

"He's been talking now for three weeks that he can dunk the ball – he finally showed it in game, so I was happy for him," Love said.

Newcomers Marquese Chriss and Brandon Knight played well. Chriss finished with 14 points and seven rebounds. Knight got his first start of the season, finishing with nine points. Jordan Clarkson had 15 points and six rebounds off the bench.

Love looked like his normal self, which is a huge development for the Cavaliers. He expects to play Wednesday night against the Nets, which is another step in the right direction.

Cedi Osman didn't play for Cleveland, as he continues to deal with a sprained left ankle. Head coach Larry Drew says the second-year star could return to action on Wednesday against the Nets.