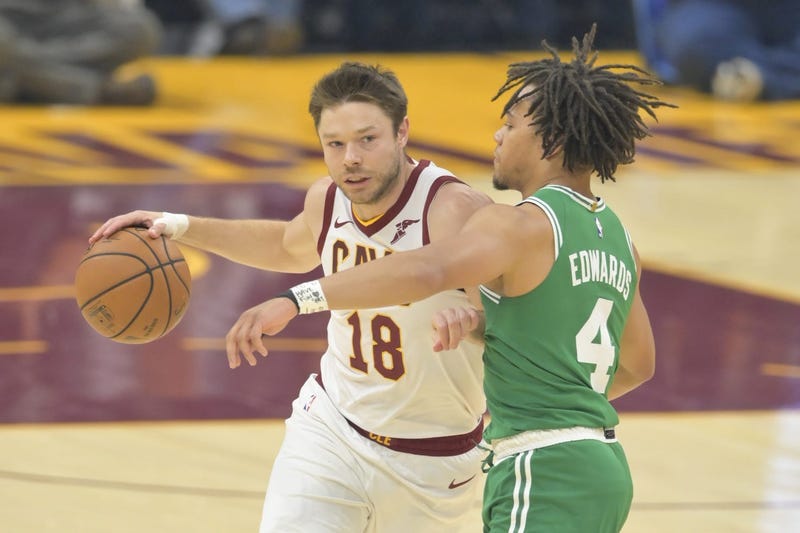 This team continues to install more and more of John Beilein’s system. Injuries have hurt the development of the team during training camp, but the Cavs got some good injury news on Monday.

Matthew Dellavedova returned to practice after suffering a sprained thumb in their final preseason game against Boston. He has a legitimate chance to start in Orlando on Wednesday night.

“Delly is such a smart player,” Beilein said.

Dellavedova or rookie Darius Garland will start next to Collin Sexton on Wednesday night. The Cavaliers’ coaching staff hasn’t made a decision on which guard they will go with yet, but it sounds like the veteran might have the edge.

“We have a good starting point guard and a good guy to come off the bench, either way it goes,” Beilein said.

Garland didn’t start in the preseason. Dellavedova started three of the four games.

John Henson also did some non-contact drills for the Cavaliers and hasn’t been ruled out for Wednesday’s contest against the Magic.

Kevin Porter Jr. hopes to surprise people this season. He knows that fans and media don’t expect much from the Cavs, but he thinks they can have success right away.

“We want to be contenders this year,” Porter said. “We have a lot have talent. We just got to gel together.

Porter averaged eight points and 1.8 rebounds per game during the preseason. He showed flashes of potential and special ability to attack the rim.

Porter hopes to be a big part of the Cavaliers’ future. He’s known Garland a long time and thinks the duo will work well together on the court.

“We’ve known each other for years,” Porter said. “We just come in here and work everyday.”

The Cavaliers will likely add to their roster over the next 24 hours. They waived Jarell Martin and Marques Bolden over the weekend, which gives them two open roster spots.

One player who could be on the Cavs’ radar is former Warriors guard Alfonzo McKinnie. Cleveland is second in the waiver wire order behind New York, who already has 15 guaranteed contracts. If the Cavs want McKinnie, they can claim him. He averaged 4.7 points and 3.4 rebounds last season on 48.7 percent shooting. McKinnie also made 35.6 percent of his 3-point attempts.

The NBA waivers will be processed on Monday afternoon at 5 p.m.