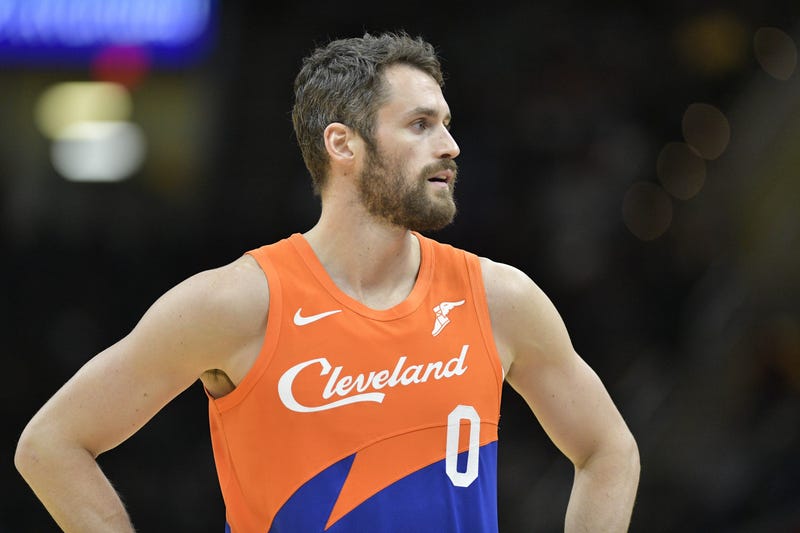 July 14, 2019 07/14/2019 5:31 pm
CLEVELAND, Ohio – The Cavaliers find themselves in a unique position going into the 2019-2020 season. They have a new head coach in John Beilein, promising young players like Darius Garland and Collin Sexton, plus multiple veterans on expiring contracts that will likely be dealt before the trade deadline.

General manager Koby Altman knows the rebuild is going to take time. He’s also aware that the timeline doesn’t align with Kevin Love’s prime. The Cavaliers are willing to listen to trade offers for the power forward, who turns 31 in September, but they aren’t desperate to deal him.

Altman wants to get more than a few expiring contracts and a draft pick for the five-time All-Star. The Cavaliers value Love and they don’t need to dump his salary. He will make $120.4 million over the next four years, which isn’t nearly as bad as some of the other contracts across the NBA.

He's battled injuries, but the Cavaliers aren’t going to give him away. Unfortunately for Altman, there doesn’t appear to be a team willing to package valuable picks and young players for Love.

The Cavs aren’t desperate to move him, but they’re certainly open to it if a trade makes sense. There have been plenty of discussions about the Heat looking for a second star to pair with Jimmy Butler. Miami would like to send a combination of James Johnson, Kelly Olynyk and a future pick, although they don’t have many, in exchange for Love.

Why in the world would the Cavaliers make that deal? They aren’t desperate to shed Love’s salary and trading a top 30 player in the NBA to free up cap space doesn’t make sense, just ask the New York Knicks.

The Cavaliers should demand a combination of picks and promising young players in exchange for Love. If Miami wants him, Altman should ask for rookie Tyler Herro in the deal, which is something Pat Riley would likely balk at. The Heat also want to hang onto center Bam Adebayo, who has shown plenty of potential over the past few seasons.

The problem with Love isn’t his skill; it’s his injury history. Coaches and executives across the NBA wonder if he can hold up and play at a high level for 82 games? If the Cavaliers are going to trade him, a deal at the deadline is more likely. That will give Love time to not only show he’s still a great player, but also prove he’s healthy and can play without any restrictions.

If Love has a successful first half of the season, then the Cavaliers will likely get better offers than they’ve received up to this point. There will be teams looking to add another piece to their roster in hopes of winning a championship.

A team in the wide-open Eastern Conference will likely emerge as a contender prior to the deadline. Boston is worth keeping an eye on in a potential deadline deal for Love. They could offer Jaylen Brown, who will be a restricted free agent in 2020, draft picks and a young player like Romeo Langford in a trade for Love. If Danny Ainge decides Brown isn’t a part of the Celtics’ future, he could be willing to part with him before next offseason.

Another possible Boston-Cavaliers swap could involve Gordon Heyward. It isn’t likely, but if Jason Tatum, Brown and Heyward were all playing well prior to the deadline, would Boston consider flipping Heyward, Langford and a pick for Love?

Altman and the Cavaliers shouldn’t move their best player unless the deal makes sense. He hasn’t received an offer like that up to this point, but that should change if Love can stay healthy.

In the meantime, Sexton, Garland and the rest of the Cavs’ young roster can learn from an accomplished player like Love. He had an impact on the team last season when he was healthy and it was clear Sexton was much better with Love on the floor. Having veterans who are talented and can still play at a high level, especially someone like Love, who should be an All-Star this season, is invaluable.

Over the past few weeks we’ve seen players like Russell Westbook and Paul George get moved for multiple picks, despite having big contracts. The Cavaliers could do the same with Love, but Altman doesn’t want to settle for 50 cents on the dollar.

He’s holding out for maximum value and he’ll get it if Love can stay healthy this season.