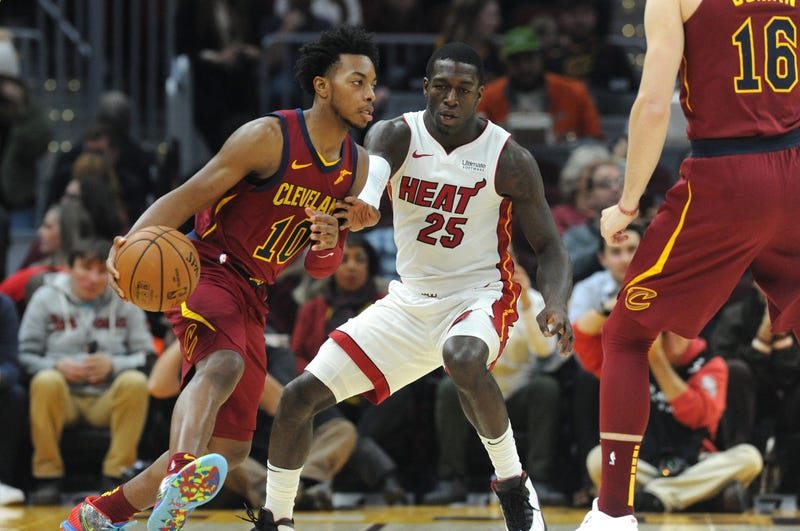 Miami scored the first nine points and never trailed in the game. The Heat led by as many as 27 points and controlled the game for most of the night.

The Cavaliers cut the lead to 10 multiple times in the final six minutes of the game, but their comeback attempt fell short. They never got any closer and Miami escaped Cleveland with a win.

Kevin Love led the Cavaliers with 21 points, 10 rebounds and four steals. The Heat relied on their rookies – Kendrick Nunn and Tyler Herro, who combined for 39 points. Bam Adebayo also had success for Miami, finishing with 16 points and 15 rebounds.

The Cavs outscored the Heat 53-40 in the second half, but their first half struggles were too much to overcome.

Larry Nance Jr. left the game early after injuring his left hand on a dunk in the fourth quarter. He finished with 14 points and eight rebounds.

The Cavaliers fall to 4-7 on the season. They’ve lost two games in a row for the third time this year.

Darius Garland struggled in the first half, but bounced back in a big way in the third quarter. The rookie made a career-high three 3-pointers and scored 11 points in the third. It was a good stretch for Garland, who was struggling with his shot coming into the game. A stretch like that could do wonders for his confidence.

The Cavaliers play the 76ers on Sunday afternoon at Rocket Mortgage Fieldhouse. Philadelphia won the first meeting of the season on Tuesday night.