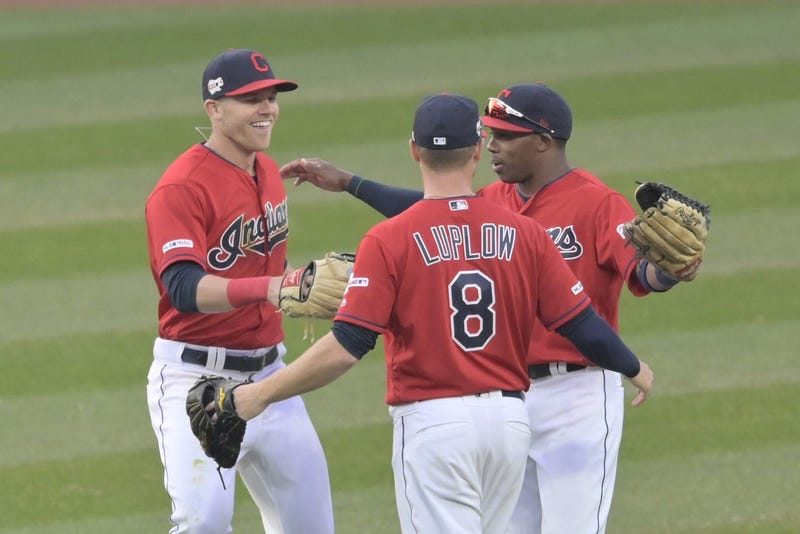 August 1, 2019 08/01/2019 5:29 am
CLEVELAND, OH – The Indians’ lineup will look a little different on Thursday night, as Yasiel Puig and Franmil Reyes are both expected to be in action. They won’t be the only players putting on a Tribe uniform for the first time this season. Danny Salazar will make his first big league start since September 27, 2017.

The Indians are looking for the series win over the Astros, which is a daunting task. Gerrit Cole is starting for Houston. The Astros are officially the favorites in the American League and co-favorites to win the World Series after the moves they made at the trade deadline.

Puig and Reyes will get their chance to make an impact right away. The duo has 49 home runs, 24 doubles and 107 RBI this season. The Indians hope they can pick up where they left off in July. Puig posted a .292/.340/.528 slash line with five home runs and 16 RBI in July. Reyes had a .284/.360/.448/ slash line for the month with three home runs and five RBI. If both players can get on base regularly and hit for power like they have, then the Indians’ lineup will be dangerous for the rest of the year.

The organization had to make some tough decisions on Wednesday night to free up two roster spots with Reyes and Puig joining the team. Jake Bauers, Greg Allen, Jordan Luplow and Tyler Naquin all have options and could be sent to Triple-A Columbus.

Bauers went hitless on Wednesday and struck out twice. He has 102 strikeouts on the season, which leads the team. His slash line is .233/.308/.379 this year. Sending him to Columbus would make sense as long as the Indians feel comfortable with Kevin Plawecki or Mike Freeman being the backup first baseman behind All-Star Carlos Santana.

The move wouldn’t be the end for Bauers in Cleveland. It could help his development. The Indians envision him being a big part of their future. He's had his fair share of struggles this season. Maybe a reset in Columbus would help him turn it around the same way it helped Allen and Luplow earlier in the year.

Allen has been sent to Triple-A multiple times this season, but his speed and versatility on defense making him a valuable asset to any team. He can play all three outfield positions at a high level, steal bases and is a low-maintenance role player who is willing to do whatever it takes to help his team win. Allen posted a .313/.389/.458 slash line in July.

The other option is Luplow, who continues to improve at the plate. He posted a .293 batting average in July. He’s up to 11 home runs on the season and has proven to be a valuable asset, especially against left-handed pitchers. He’s hitting .306 with 10 home runs and 21 RBI against lefties. Luplow certainly brings enough power at the plate and is good enough defensively to stick around.

Naquin’s surge has coincided with the Indians’ recent success. The Tribe went 16-2 in games Naquin played in during the month of July. He posted a .387 batting average with 24 hits, three home runs and 12 RBI over that span.

Naquin has also been great defensively in right field, which makes him a lock to stick in Cleveland.

The Indians’ decision could come down to Allen and Luplow. Bauers is certainly the odd man out when it comes to recent production. Their additions at the deadline gave them enough firepower to become legitimate contenders in the American League.

Good teams have to make tough decisions on their 25-man roster. Allen, Luplow and Naquin deserve to be in the big leagues based on what they’ve done this season. The fact that one of them won’t be is a testament to how much the roster has improved over the past few months.

The Indians made aggressive moves at the deadline and it’s forced them to make some tough decisions. They went 18-6 in the month of July and have 63 wins going into August, which is the most they’ve had during Francona’s tenure.

The decisions they make will play a big role in determining how successful they are this season.