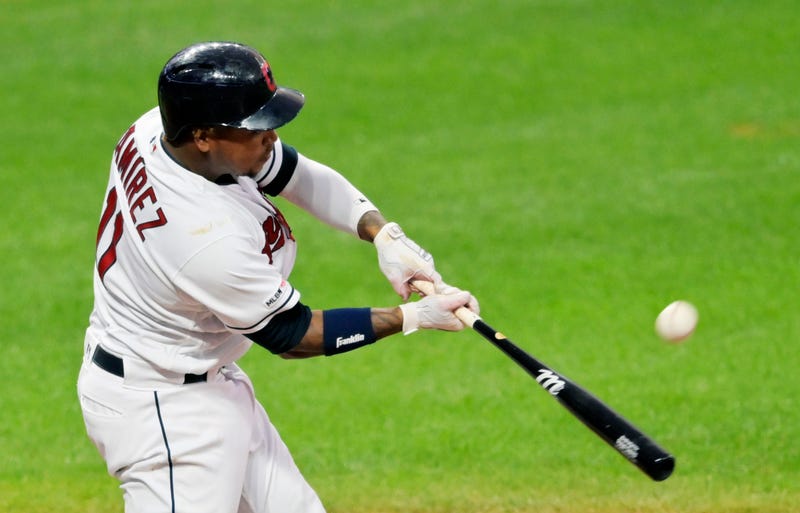 July 19, 2019 07/19/2019 2:12 am
CLEVELAND, Ohio – The Indians have been waiting for José Ramírez to look like himself all season long. Their patience is starting to pay off.
Ramírez continued his hot streak on Thursday night by hitting a go-ahead two-run homer in the sixth inning that helped the Indians beat the Tigers 6-3.

Ramírez has a hit in 10 consecutive games and has hit an extra base hit in five straight contests.

“I told ya so," manager Terry Francona said. "He’s a good player. And now he’s starting to get back into feeling good about himself. He got a fastball and he took a great swing. He’s starting to feel it a little bit more and more. You can tell he’s enjoying himself, he’s not pressing. He’s able to be more of himself.”

Starter Trevor Bauer lasted 6⅔ innings, allowing three runs. He walked two and finished with 10 strikeouts. It was his sixth double-digit strikeout game of the season and the 25th of his career. He’s fifth in Indians’ history with 1,079 strikeouts. Bauer improves to 9-7 on the season.

The Indians got off to a quick start in the first inning, when Jordan Luplow hit a two-run homer to give Cleveland the early edge.

A lefty is on the mound, and Jordan Luplow has homered ... A common occurrence.#RallyTogether pic.twitter.com/3rfgNlUoGM

Bauer gave up home runs to Niko Goodrum and Harold Castro in the second and third inning, which gave Detroit a 3-2 lead.

Tyler Naquin got the Indians even in the fifth inning with a sacrifice fly. It was Naquin’s ninth RBI in his last 10 games. That set the stage for Ramírez, who finished with three RBI on the night.

The Indians’ bullpen didn’t allow a run in 2⅓ innings. Oliver Perez and Adam Cimber both allowed hits in the eighth inning, but Jason Kipnis helped Cimber get out of the jam with a double play. The Tigers had runners on first and second with no outs. Nick Castellanos grounded to second. Kipnis tagged Brandon Dixon, who was advancing to second base and then threw to Jake Bauers at first for the double play.

Closer Brad Hand struck out Christin Stewart to get out of the jam without allowing a run. Hand pitched a scoreless ninth, which gives him an American League leading 26 saves on the season.

Up Next – The Indians begin a three-game series against the Royals on Friday night at Progressive Field. All-Star MVP Shane Bieber is on the mound for the Tribe. He enters with an 8-3 record and a 3.49 ERA. Mike Montgomery will get the start for Kansas City. He’s 1-2 on the season with a 5.67 ERA.