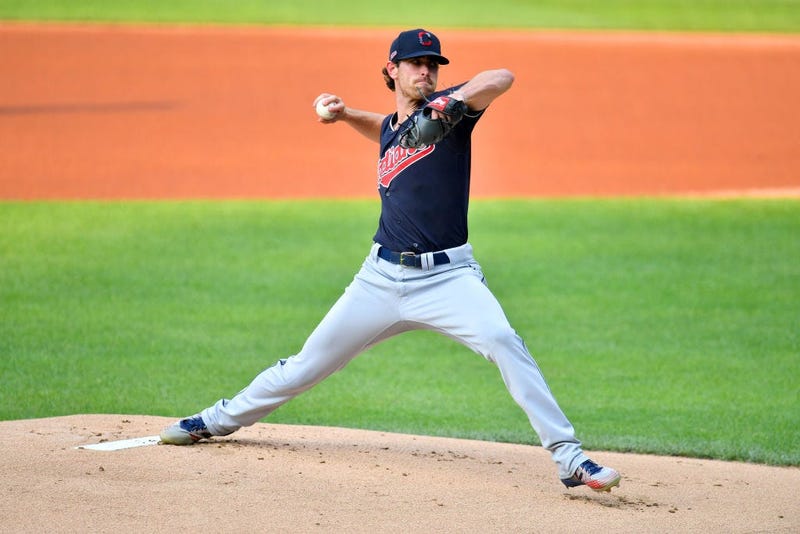 The Indians held their first intra-squad scrimmage of summer camp as the “home” team got the win, 5-3.

Shane Bieber, who was pitching in the All-Star Game this time a year ago, threw 87 pitches and allowed three runs (two earned) over five innings, and struck out eight.

The 2019 All-Star Game MVP struck out the side in the first inning, notching K's on Oscar Mercado, Tyler Naquin, and Franmil Reyes.

"I felt like we had a pretty good game scenario type feel," Bieber said. "I didn’t really notice too much out of the ordinary because you kind of lock yourself in and you’re focusing on trying to execute pitches."

Bieber is expected to get the start on Opening Day on July 24th against the Royals, two weeks from tonight.

"I think everybody is ready to put their foot on the gas and get going and ramp up the best we can," Bieber added. "I feel we're going to be in a really good spot."

The Indians bats are developing well during summer camp, too. Carlos Santana had a pair of doubles and drove in a run on Thursday night, while Daniel Johnson clubbed at three-run homer.

To make things seem a little normal, the Indians piped in crowd noise and walk-up music for the scrimmage.

The Indians continue workouts on Friday, and will do another scrimmage later in the day, as Mike Clevinger is expected to get some work in.