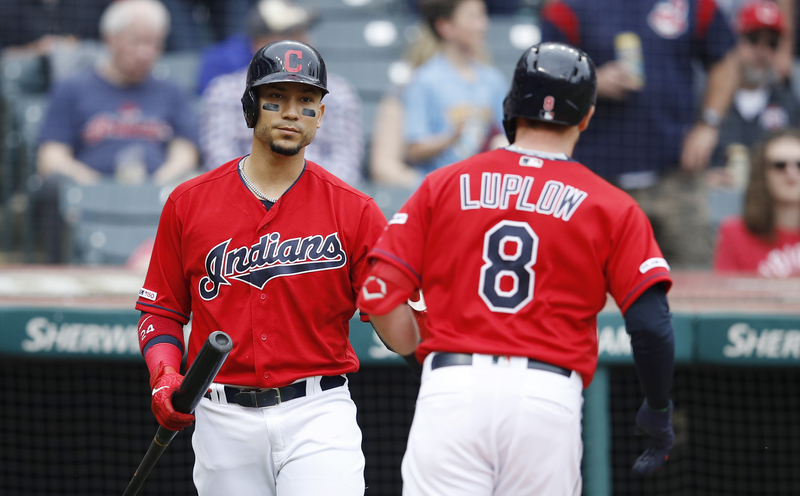 Cleveland needed outfield help, so they took a flier on the veteran outfielder. Gonzalez signed a non-guaranteed deal with his eyes on something much bigger than just making the team; he wanted to win a World Series.

“This is a winning team,” Gonzalez said. “They always find a way to have success and as a player that’s where you want to be. You want to be in a spot that’s going to give you the opportunity to win everyday and to fight for a championship. That’s what it’s all about.”

Gonzalez has played in All-Star games. He’s won a National League batting crown and has won the Silver Slugger Award twice. He used to be one of the best players in Major League Baseball. He was great at the plate and arguably even better in the outfield.

Gonzalez, 33, won the Gold Glove Award three times. The only number he’s focused on these days is wins. He desperately wants to win a World Series.

The transition from star to saavy veteran can be hard on some players, but not Gonzalez. He has one thing on his mind.

Gonzalez was penciled in as a future starter after he signed with the Indians, but that was before the emergence of young players like Oscar Mercado and Jordan Luplow. Both outfielders flashed in Triple-A and in the big leagues. Luplow has shown power at the plate. Mercado brings speed and energy that puts fans on the edge of their seats. A youth movement would bother some veteran players, who are trying to prove that they’re still good enough to play everyday. Gonzalez is competing for playing time with players that are nearly a decade younger than him.

Gonzalez has worked his tail off since joining the Indians. Every player and coach in the clubhouse likes what he brings to the team.

“CarGo came with the reputation of being a solid, solid teammate and I’ve seen nothing but,” Francona said. “I had guys text me after we signed him and they’re like, ‘man, you’re gonna love this guy.’ I agree – always energy, always-positive energy. That’s always welcome.”

The Indians dealt with plenty of roster turnover last offseason. They acquired Jake Bauers, Luplow and Mercado within the past year. Now they’re banking on all three players to be a big part of the present and the future. It’s easy to judge Gonzalez based on his batting average. Francona loves him because he adds leadership to a clubhouse that is as young as its’ been in years. Gonzalez is embracing this new role and wants to win, even if it means helping the young guys.

“It’s a fun thing having guys like Luplow, having guys like Bauer and Oscar (Mercado), who have a lot of talent,” he said. “It’s always fun to help those guys reach the next level and for you as a player, you just want to continue to play well and continue to accelerate and make it hard for the opponents.”

Mercado, 24, has been electric for the Indians this season. He has unique speed and skills that are different from anyone on the roster. He has a .333 batting average and a .500 on-base percentage in four Major League games. The Indians have scored 37 runs when he plays, which could be a coincidence, but the rookie has made an impact. CarGo is doing his part to ensure Mercado’s potential is fulfilled.

“You just have to worry about doing the small things in the game to make this team better and to make sure that we win ball games and that’s exactly what he’s been doing,” Gonzalez said. “As a teammate I feel proud of the way he’s playing. I’m just trying to make sure that he’s on the same page everyday. I’m sure that he will bring the intensity everyday because he’s a tremendous talent. He’s a fast guy who can play in the outfield, who can do it all on the field. As a veteran player you just want to make sure he’s doing the right things to help us succeed.”

Gonzalez has had some great mentors in his career. He’s taking the wisdom he learned from them and paying it forward.

“I played with Hall of Fame players. Frank Thomas was one of them, when I was in Oakland my first year,” Gonzalez said. “I got the opportunity to play with someone who’s in Cooperstown. I learned a lot of things from him. Eric Chavez was on that team too, guys that are All-Stars. As a young player, you want to reach those goals and you want to learn what it takes to be an All-Star. Nothing is given. You have to work everyday and those guys did it the right way and I learned from them.”

You would never guess that Gonzalez used to be one of the best baseball players on the planet. He works as hard as anyone in the clubhouse. Some of that was learned, but part of that is his mentality – he wants to be great and more importantly, he wants to win.

“When I went from Oakland to Colorado I had guys like Todd Helton and Troy Tulowitzki and a lot of guys that kept pushing no matter what the circumstances were,” he said. “Even if they were All-Stars or batting champs or gold-glovers, they always showed up the next day with the same intensity and that’s what it takes to be a really good player in this league.”

Gonzalez is paying it forward in his quest to win a World Series.