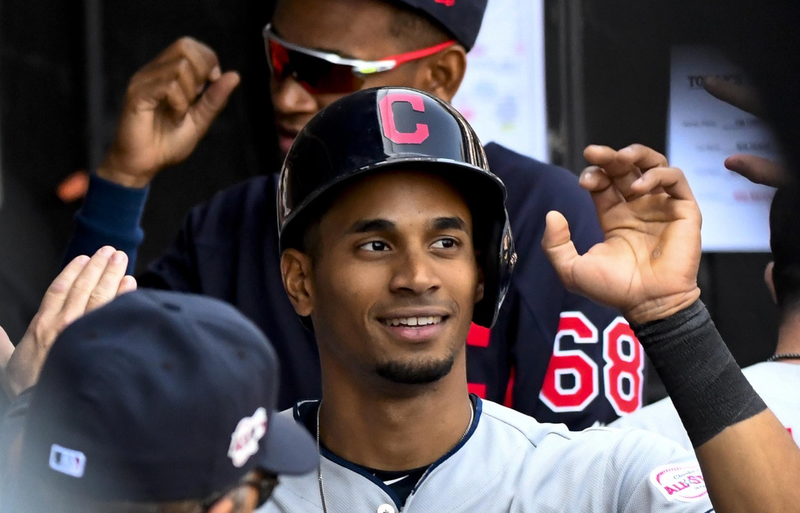 May 18, 2019 05/18/2019 7:12 pm
CLEVELAND, Ohio – Oscar Mercado will make his first start at Progressive Field on Saturday afternoon. The Indians outfielder was called up from Triple-A Columbus earlier in the week.

Some are concerned about Mercado’s lack of playing time. He’s only made one start since being called up on May 14.

Mercado, 24, wants to make an impact, but he knows he won’t be in the lineup everyday.

“It’s something that you kind of prepare for mentally,” he said. “You just have to get ready everyday like you’re going to go in there and help the team win in any way possible and whether it happens or not, you always have to be locked in.

“You never know when you name is going to be called, when you’re going to be needed and when that time comes, you got to be ready to help the team win.”

Mercado watched Carlos Gonzalez and Jordan Luplow get promoted from Triple-A Columbus earlier in the season. Moves like that could be discouraging to someone like Mercado, who had performed well in spring training and in Columbus. Instead, he took in in stride and remained patient.

“The guys that were going up deserved it. They were doing great,” Mercado said. “I knew my time was going to come eventually. I can’t just get caught up in the moment and be upset about moves that are going on. I can’t control any of that.”

While acknowledging that Luplow and Gonzalez were deserving of their promotions, Mercado also kept his focus in Columbus. He posted a .294 batting average with 10 doubles, four home runs and 15 RBI in 30 games.

The Indians would love some of their young outfielders to emerge and become everyday players. Mercado is certainly in the mix. His maturity should help him during this process. He admits he hasn’t been able to enjoy Cleveland much, but hopes to check out some of the top restaurants in the downtown area over the next few days.

Mercado hopes to be a big part of the Indians’ future. He’ll get his first chance to make an impression on the home crowd on Saturday afternoon.

Listen to my entire conversation with Mercado here.