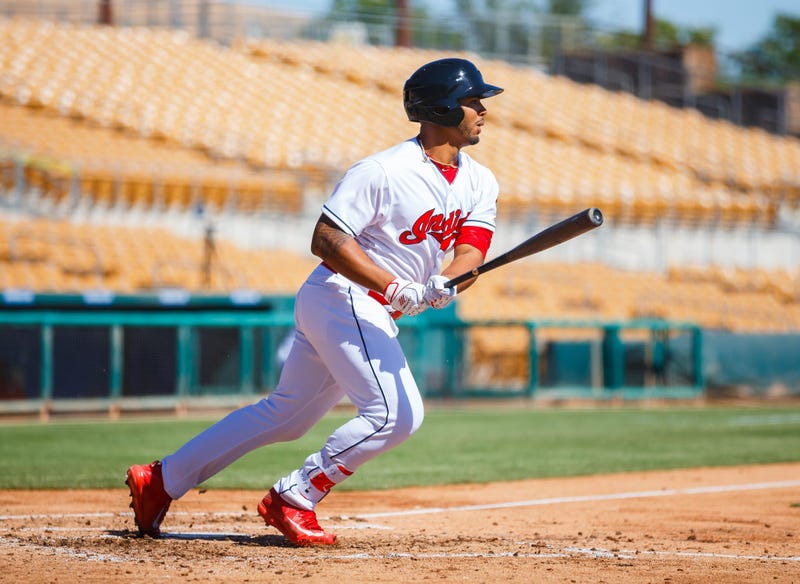 He leads the International League with 16 home runs and is second with 44 RBI. He’s a power hitter, which is exactly what the Indians need in their lineup.

There has been plenty of talk about Bradley getting promoted to the big leagues, but it hasn’t happened yet. He admits that it can be challenging to wait for the call.

“It’s always tough because you never know when that day is going to come and you get a little anxious every now and then, especially when you seem to be doing well,” Bradley told Bull and Fox.

The Indians are one of the worst hitting teams in baseball. They enter Tuesday’s series against Minnesota 28th in hits (433), 26th in runs (234) and 25th in home runs (61). It seems like Bradley could help solve some of their issues, but he remains in Columbus. He

“Trying to take things one day at a time, trusting that the front office has a plan, which they always do,” Bradley said. “It might not be the time for me, yet. Just working every day on my craft down in Columbus."

Bradley said the front office hasn’t given him a timeframe of when he could be promoted, but he made it clear he believes in the organization.

The 23-year-old knows he needs to improve, not only at the plate, but also in the field. He primarily plays first base, but knows he could be a designated hitter at the next level.

“I just want to do whatever I can to help them win a World Series,” he said.

For more on Bradley, including how they could clear a space for him, check out this article.