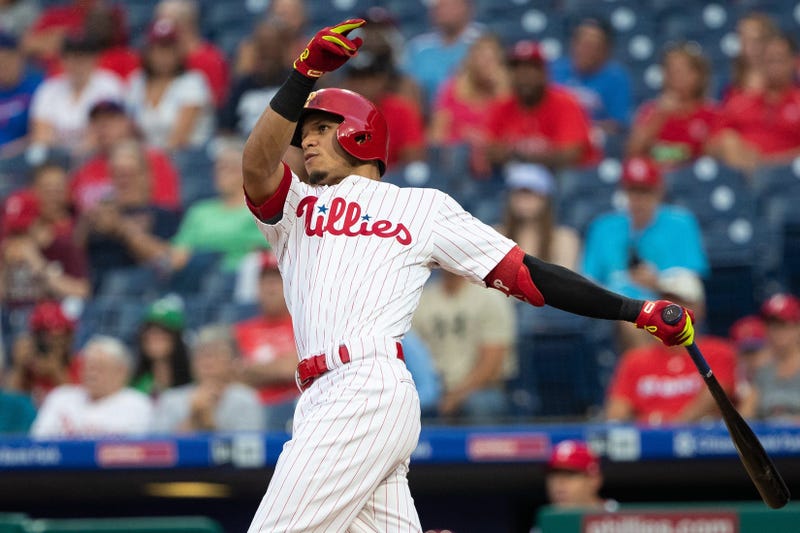 The addition of Hernández means José Ramírez will stay at third base after some talk that he could move to second.

“I think we’re comfortable that José can play both at a premium defensive quality,” manager Terry Francona said in September. “I agree with him, going back and forth is hard, especially at this point in his career. Wherever he plays, he gonna be good.”

The two-time All-Star is staying put, which means Hernández can slide in and take Jason Kipnis' spot at second base. The Indians declined Kipnis' $16.5 million option for 2020 in October making the veteran infielder a free agent.

Hernández has been durable, playing in at least 155 games in three of the last four seasons. The Phillies didn't tender him earlier this month, which made him a free agent. He was projected to make $11.8 million next season, which is a big reason why the Phillies parted ways with him.

The Indians have added another switch-hitter to their lineup that had a down year in 2019, but was a high-end second baseman during the 2016 and 2017 seasons posting a combined 6.2 WAR (Wins Above Replacement).

The Corey Kluber deal might've cleared the way for a signing of this nature. The Indians saved over $14 million in salary with that deal, which gave President Chris Antonetti extra money to use in free agency.

“We will have more resources available to reinvest in our team and that’s our expectation here as we head into the rest of the winter,” Antonetti said after the trade. “We will continue to look for avenues to improve are major league team both in trade and in free agency.”

The Tribe is still projected to be below the $100 million salary mark in 2020, which means more moves could be on the way.

Finding a proven infielder was the Indians' biggest need going into the offseason. They've done that before Christmas and have room to make more moves after the New Year.