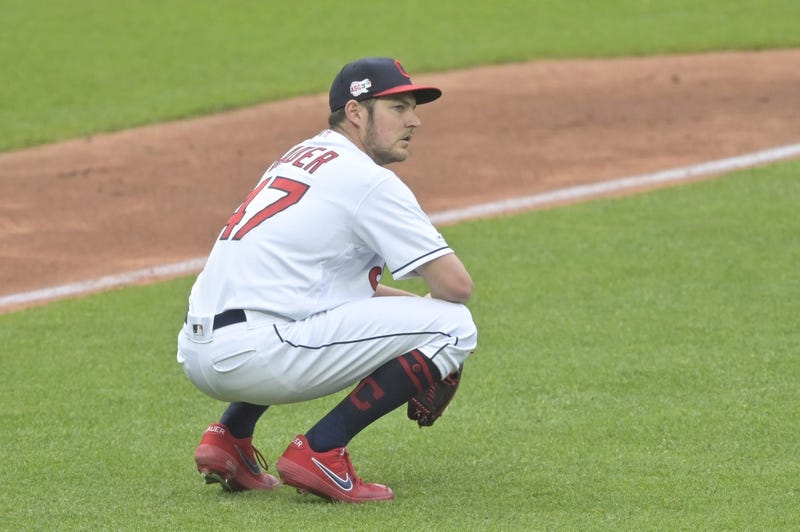 That’s a huge difference from the way he started the season. Bauer was dominant, allowing just nine runs and posting a 1.99 ERA in six starts (40.2 innings).

His strikeout rate hasn’t changed much, but he’s been knocked around in recent weeks. His ERA rose to 3.76 on the season after he allowed seven runs in five innings on Thursday.

There’s no doubt Bauer is one of the best pitchers in baseball. He’s been dominant for the past year and a half. There are adjustments he will have to make, but the Indians believe he’ll turn things around.

“I’m not concerned about Trevor Bauer. He’s a hard worker. I know what he needs to do to get back to being Trevor,” Roberto Perez said on Bull and Fox. “I trust him and I believe in him and I know he’s going to do anything he can to be Trevor. We talked last night. He said he feels fine. They’re being very aggressive against him.

“We’re going to figure it out. He’s going to be good. I’m not worried about him.”

It’s a small sample size and he was pitching at a high level a month ago, but his struggles are real. That doesn’t mean he won’t turn it around, but it does mean Francona can no longer pencil him in for a quality start.

“I've got to be ahead of the count, putting guys on the defensive instead of behind and working my way back in, letting guys feel comfortable in the box,” Bauer said on Thursday. “That starts with throwing quality pitches on 0-0 counts and working ahead. I've just got to be better at that.”

The Indians need Bauer to be great, which means he’s going to have to fix the issues he’s had in recent weeks. No one knows that more than him.

“I’ve got to do better. My teammates, the organization, the fans depend on me. They count on me to go out and be better than I am right now.”