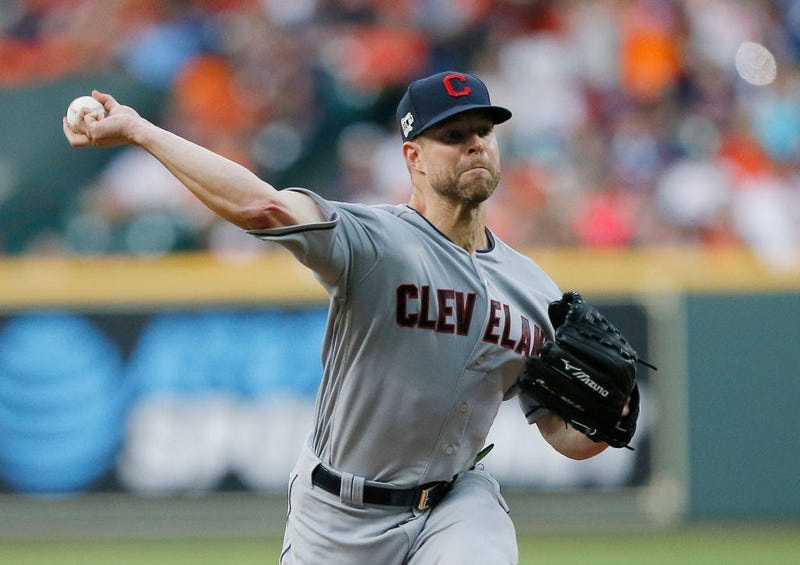 December 15, 2019 12/15/2019 5:14 pm
CLEVELAND, OH — The Indians have agreed to a blockbuster trade that is sending two-time Cy Young Award winner Corey Kluber to the Texas Rangers according to multiple reports.

Kluber, 33, posted a 5.80 ERA in seven starts last season. He missed most of the season with a broken ulna bone in his right forearm and an oblique strain.

Jon Heyman of MLB Network was the first to report that the trade was complete, pending physicals.

Kluber will make $17.5 million in 2020. He has an $18 million club option in 2021 that becomes guaranteed if he pitches 160 or more innings next season and doesn't finish the year on the injured list.

Ken Rosenthal of The Athletic says the Indians will receive outfielder Delino DeShields Jr. and right-hander Emmanuel Clase in the deal.

Clase posted a 2.31 ERA in 21 appearances for the Rangers last season. He had 21 strikeouts and allowed just six earned runs in 23⅓ innings.

The 21-year-old relies on two pitches — a cutter [fastball] and a slider. His fastball routinely hits 99, but has topped out at 102 mph.

Clase is certainly the center piece of this deal for the Tribe. He brings an element to the bullpen that the Indians lacked last season — a hard throwing right-hander that can take some pressure off of closer Brad Hand.

news
Jueza Ruth Bader Ginsburg Muere a los 87
news
Ruth Bader Ginsburg Dies at 87
music
Will There Be a Red Carpet? Here's Everything We Know About the 2020 Emmys
news
Tropical Storm Beta Forms in Southwestern Gulf of Mexico
i'm listening
Listen To the 2020 Edition of 'I'm Listening' - Talk Has the Power To Save Lives
music
RADIO.COM LIVE Check In: Smith & Myers on Weird Cover Requests and Staying Sane on Social Media