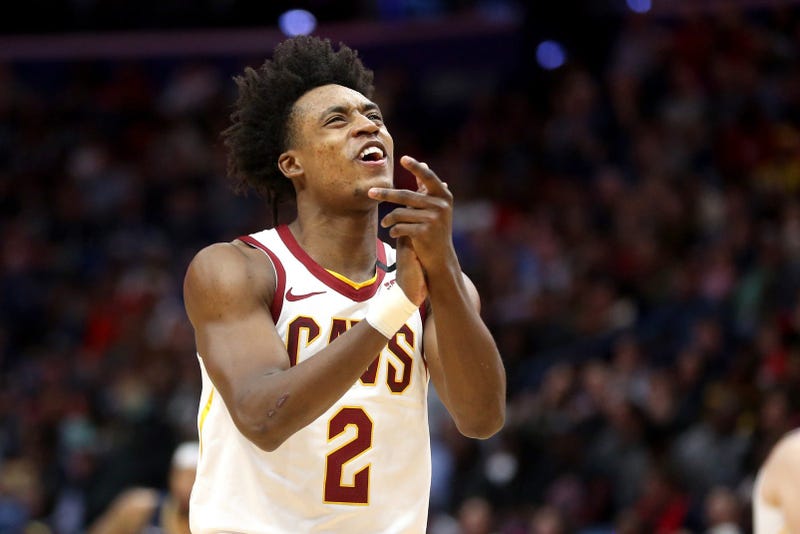 “I don’t think there’s anything negative,” J.B. Bickerstaff said with a laugh when asked about Sexton’s recent play. “I was reading that stuff about Patrick Mahomes, talking about how he started to figure out how to read defenses and that kind of came in my mind as well. Collin has been blessed with unique ability and now you can see it where he’s starting to figure out how teams are going to play him and now it just makes him that much more dangerous.”

Sexton, 21, scored a career-high 41 points against the Celtics on Wednesday. He attacked the rim, made jump shots and the right passes. He finished with six assists, but there were plenty of potential assists that didn’t show up in the box score.

“He’s probably one of the more under-the-radar players who’s having a great season,” Malone said on Saturday before their matchup against the Cavs. “His quickness, he can get wherever he wants to go, but I think that thing that jumps out to me the most is the improvement in his 3-point shooting. He is shooting lights out from the 3-point line.”

Sexton is shooting 47 percent from beyond the arc in his last 22 games. That has forced teams like the Nuggets change the way they guard him. Instead of going underneath screens, they’re going to have to start going above them, which should give Sexton a chance to use his quickness to attack to the basket.

Sexton has the potential to be a great scorer in the NBA, but many have questioned his passing ability. The Cavaliers’ coaching staff is pleased with how he’s developed as a playmaker.

“You look at the plays he’s able to make now and the passes that he makes now — teams are going to have to make tough decisions. ‘Do we keep two guys on him?’ He’s making the right play now,” Bickerstaff said. “He’s getting the ball to the popping bigs for 3’s and those types of things. He’s putting a ton of pressure on defenses from that standpoint and there’s a plan of attack that he’s playing with right now.”